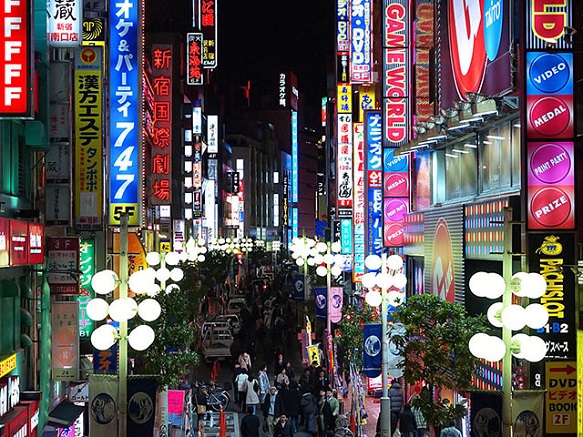 Shinjuku is one of the 23 city wards of Tokyo, but the name commonly refers to just the large entertainment, business and shopping area around Shinjuku Station. Shinjuku Station is the world's busiest railway station, handling more than two million passengers every day. It is served by about a dozen railway and subway lines, including the JR Yamanote Line. Shinjuku is also one of Tokyo's major stops for long-distance highway buses and city buses.

If you travel to Tokyo, the odds are very good that you'll spend some time at Shinjuku Station. West of the station is Shinjuku's skyscraper district, home to many of Tokyo's tallest buildings, including several premier hotels and the twin towers of the Metropolitan Government Office, whose observation decks are open to the public for free. Northeast of the station lies Kabukicho, Japan's largest and wildest red light district, while department stores, subterranean malls and electronic shops surround Shinjuku Station on all four sides, including the recently redeveloped Southern Terrace. 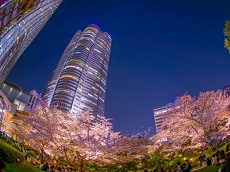 Well known as the city's most popular nightlife district among foreigners