Hiroshima Before & After the Atomic Bomb 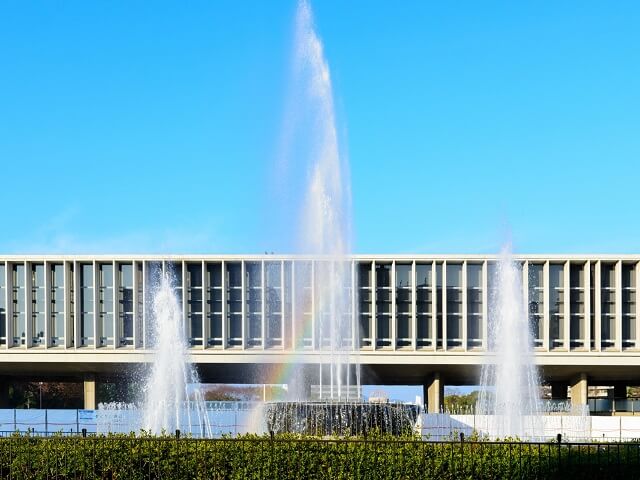 Opening it's doors in Hiroshima in 1955, the Hiroshima Peace Memorial Museum is dedicated to collecting and displaying the history of Hiroshima before and after the atomic bombing. The museum collects various belongings from victims, photos, mementos, and other materials to convey the horrors of war and the world's current state of nuclear use. Located on the grounds of the Peace Memorial Park, the museum's exhibits are meant to embody the anger, grief, pain, suffering, frustration, and hope of the people affected by the atomic bomb. Since the tragic bombing of Hiroshima, the city has long expressed it's wishes for the elimination of all nuclear weapons and a genuinely peaceful international community.

The museum was designated as an Important Cultural Asset of Japan in July, 2006, and reached over 1.7 million visitors to the park in 2017. Notable visitors include US Presidents Jimmy Carter and Barack Obama to other international figures like Mother Teresa. Offering lectures on the experiences of the A-bomb survivors, the Hiroshima Peace Memorial Museum serves as a constant reminder of the horrors of war. 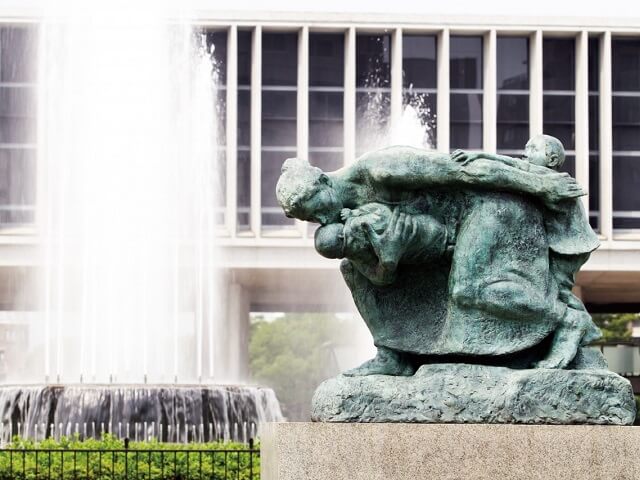 The museum is split into two sections, the East Wing and the Main building. The Main Building was recently renovated to be refortified in the event of earthquakes and reopened in 2019. The Main Building is dedicated to the damage by the bomb through exhibits featuring photography, artwork, artifacts, portraits, and stories from the survivors of the bombing on August 6th, 1945. As tourists make their way through the Main Hall opening, they will find a vast collection of clothing, watches, personal items, and other bits of clothing worn by victims during the bomb. The Main Hall also includes exhibits on the events following the atomic bombing, including the effects of radiation, black rain, and the accounts of survivors in post-war Hiroshima.

In the newer East Wing, the history of Hiroshima and the Atomic bombs are further explored. The East wing includes the history of Hiroshima City before the bomb, details about the Manhattan Project (the top-secret project to develop the Atomic Bombs), information as to why the United State's decided to drop the bomb, the lives of Hiroshima's citizens during World War II and after the bombing, and information on the world's current state of nuclear affairs. With the updated renovations, the East Wing now includes more interactive features, such as the projection mapping exhibit to demonstrate the blast radius and damaging effects of the atomic bombs.

The visit to the museum is a reminder to both the horrors of war and the hope one city has that the world can one day attain international peace. Interested in exploring this beautiful museum? Join any of Japan Deluxe Tours fully guided Cherry Blossom Japan Tour or Highlights Japan vacation package. Ask your travel agent about our affordable private custom tour options to enjoy a private guided vacation through the City of Peace, Hiroshima.