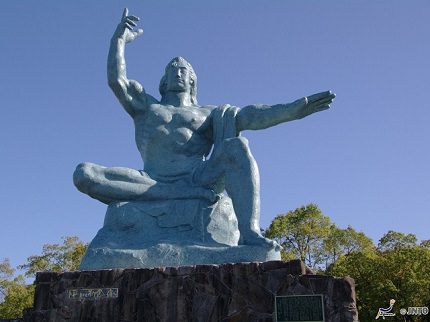 The Nagasaki Peace Memorial Park was established in 1955 around site of epicenter of the blast from the atomic bomb dropped on Nagasaki on August 9, 1945. Similar to the Hiroshima Peace Memorial Park, the Nagasaki Peace Memorial Park is a testament to the horrors of war and wish for peace. The park contains a commemorative tablet marking the site of detonation, a museum containing exhibits about the atomic bombing, the Fountain of Peace, and the famous Peace Statue built by Japanese artist Seibo Kitamura. From the hands and face to how the figure is sitting, each element of the statue holds a specific meaning. The right hand points up to symbolize the atomic bomb while the left hand points towards future peace. The statue's bent right leg symbolizes meditation, while the bent left leg represents the need to stand up against war. The closed eyes are to offer prayers and respect for the victims' souls lost in the devastation blast.

Dedicated to All | Peace Memorial Park 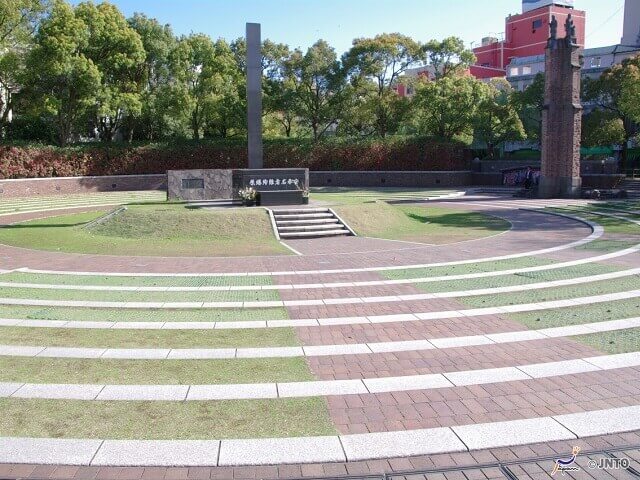 The park is filled with numerous Peace Symbol Zones which features monuments donated from other countries and sister cities of Nagasaki. More than 15 cities from various countries have donated various works, including monuments from Portugal, China, Bulgaria, the United States, Australia, and Brazil to name a few. Unlike Hiroshima, Nagasaki had a larger foreign population, including an estimated 12,000 to 14,000 Koreans. To commemorate the lives of the lost Korean victims, promote the abolition of nuclear weapons, and urge the peaceful reunification of Korea, the Monument for Korean Atomic Victims was unveiled on the park grounds on August 9, 1979. The is also the Monument to Commemorate Chinese Victims of the Atomic Bombing for the Chinese victims who were caught in the atomic blast. Nearby the epicenter's explosion is also the damaged pillar of the former Urakami Cathedral. Around this area, visitors can see broken roof tiles, bricks, shattered glass, and other remains from the explosion.

Explore the grounds of this important historical park as we explore Nagasaki during our Southern Japan Tours or Grand Tour Packages available Spring and Year-Round. You can also customize your own Japan tour adventure through Southern Japan with our affordable Private Tour Packages!