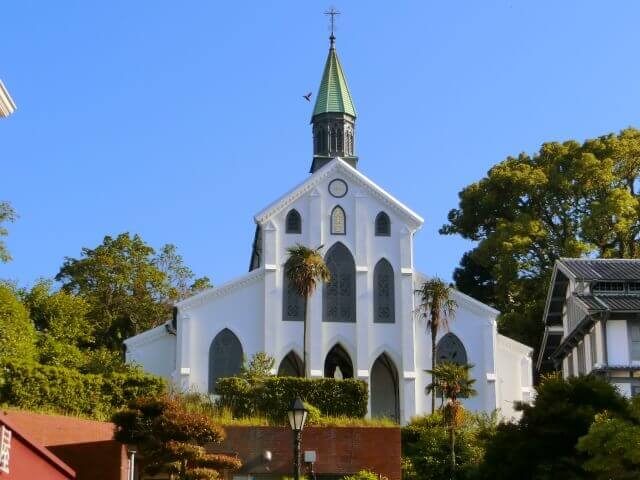 Oura Catholic Church (Oura Tenshudo), or formally the Basilica of the Twenty-Six Holy Martyrs of Japan, is Nagasaki's oldest Catholic Church built after the end of the Japanese Government's Seclusion Policy in 1853 between the end of the Edo Period and early Meiji era. Until 2009, the church was the only Western-style building in Japan to be declared a national treasure. The church has been designated a National Treasure twice, once in 1933 and again in 1953. In addition to being one of the only western-style buildings in Japan, the church is believed to be the oldest church in Japan. While initially a small, wooden church constructed by the master carpenter of the Glover Residence, the church has grown to include vaulted ceilings, an octagonal tower, and stained glass windows from France. When the church first opened in 1865, many Christians who were in hiding came to the church to pray, resulting in thousands of Japanese Christians coming out of hiding to visit the church. This was later dubbed "the miracle of the Orient" by Pop Pius IX. 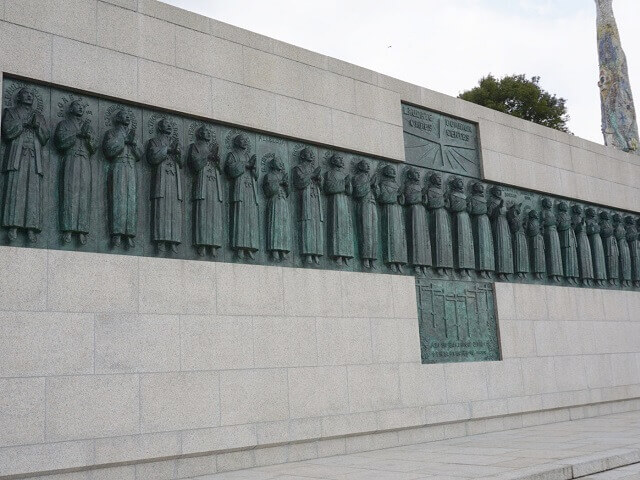 The church was built in honor of the nine European priests and seventeen Japanese Christians who were crucified in 1597 by order of Toyotomi Hideyoshi, hence the title the Church of 26 Japanese Martyrs. The 26 Japanese Martyrs were a group of Catholics arrested in Kyoto and Osaka for preaching Christianity. The Japanese government was heavily against the religion, and thus used the execution as a means to deter the Christian population in Nagasaki. The twenty-six crucified included four Spaniards, one Mexican, and one Indian priest in addition to the twenty Japanese Christians. In addition to the church dedicated to the martyrs, there is a monument and museum just 10 minutes away from the church grounds.

As a treasure of Nagasaki, join Japan Deluxe Tours during a fully guided Southern Japan Tour Packages to explore this magnificent church. While you may not expect to see a Catholic Church in Japan, this church is steeped with history and beautiful architecture you won't find anywhere else in Japan.