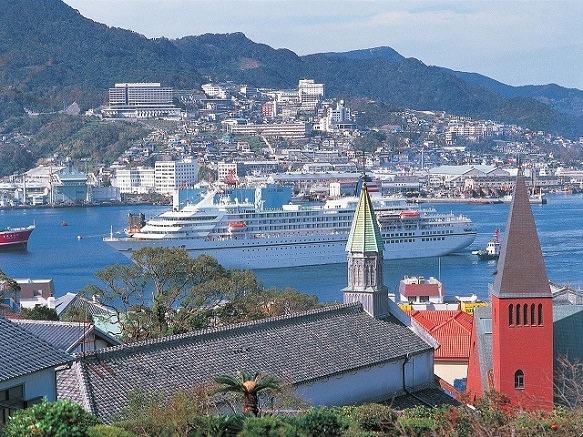 Nagasaki City, which is the heart of the Nagasaki-hanto Peninsula, is a port city that developed all the way up along the steep slope of a mountain, while it also stretched out horizontally, hugging Nagasaki Bay. The line of visitors attracted to its many tourist spots never ends. Such spots include Peace Park which tells of the facts and memories of the horrible damage that was inflicted by the atomic bomb and continues to appeal to the world with its wish for peace, and the nation's oldest wooden Christian church, O-ura Tenshu-do, which even today exudes an exotic atmosphere.