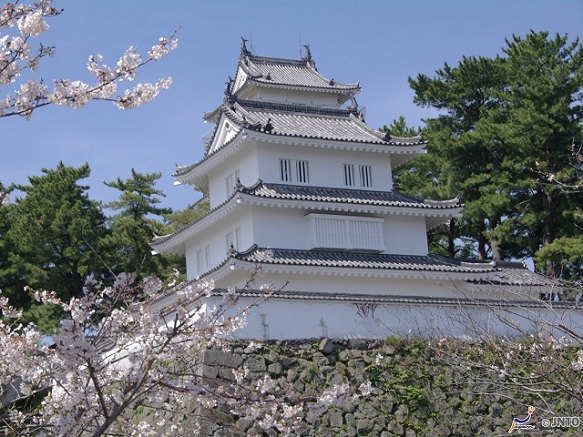 Shimabara Castle in Nagasaki was built during the Edo period by the local feudal lord. The castle was destroyed during the Meiji period but rebuilt again in 1964, when its iconic gorgeous white walls were recreated. The remodeled castle consists of a Castle Tower Museum which houses weapons, armors, and Christian artifacts. Behind the keep is another art museum called Seibo Memorial hall which displays sculptures and sketches by Kitamura Seibo. Seibo is best known for its astounding work of the Nagasaki Peace Park statue. Shimabara Castle was also surrounded by samurai residences, which has been preserved. Today there are three restored samurai houses that are open for the public to view.