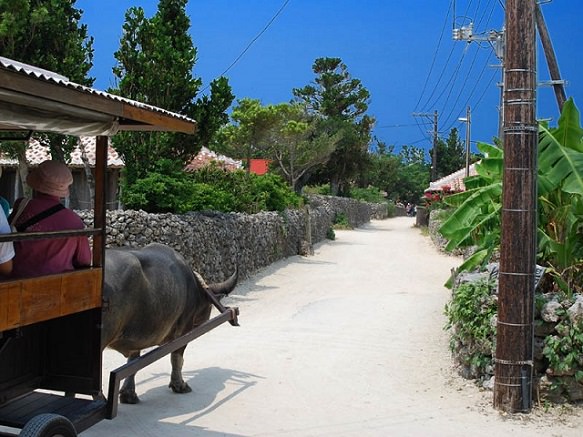 Taketomi Island is an island just off the coasts of Ishigaki Island. As Taketomi Island is fairly small, it is often visited as a day trip from Ishigaki. This tiny subtropical island has an example of a perfectly and beautifully preserved traditional Ryukyu village which would have been found all over Okinawa.

The traditional Ryukyu one-story houses are characterized by red tiled roofs, stone walls and the lion-like Shiza at the gates whose duty is to ward off evil spirits. Other traditional homes inside the village are used as restaurants and shops selling local food and crafts. There are no rental cars on Taketomi, and most visitors either walk or rent a bicycle to travel through the village's white sand roads and to the nearby beaches along the western shore of the island.