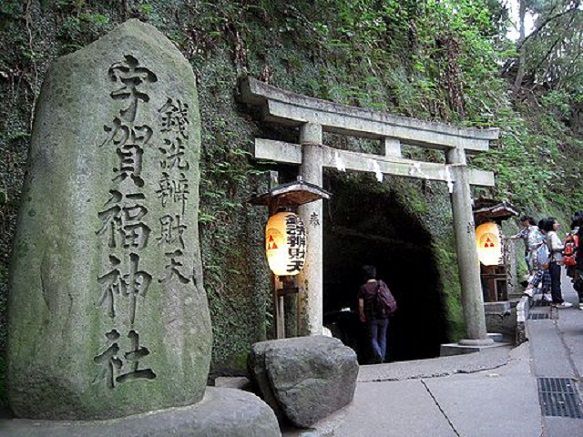 Zeniarai Benten Shrine in Kamakura was built under the orders of Kamakura's founder, Minamoto Yoritomo after he had a dream in which a god appeared and recommended he build a shrine to bring peace to the country. His dream occurred on the day, month, and year of the snake, thus Minamoto dedicated the shrine to Benten, the goddess associated with snakes. 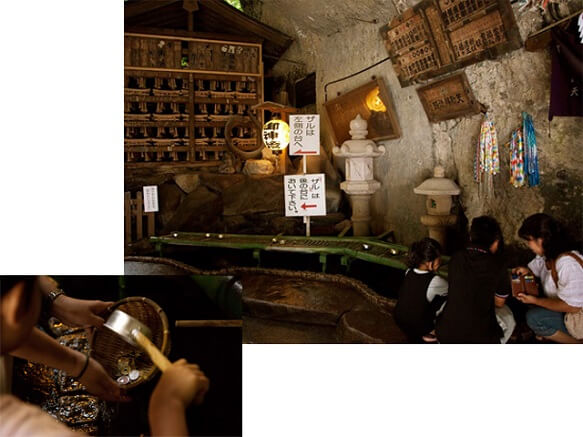 Today the Zeniarai Benten is famous for another purpose: it has become a place where people wash their money. It is believed that money washed at this shrine will double, bringing fortune to the individual.The name Zeniarai Benten comes from zeniarai meaning "coin washing" and benten for the goddess of snakes. The shrine is also a rare example of Buddhism and Shinto's coexistence since the Meiji government's attempts to separate Shinto from Buddhism.