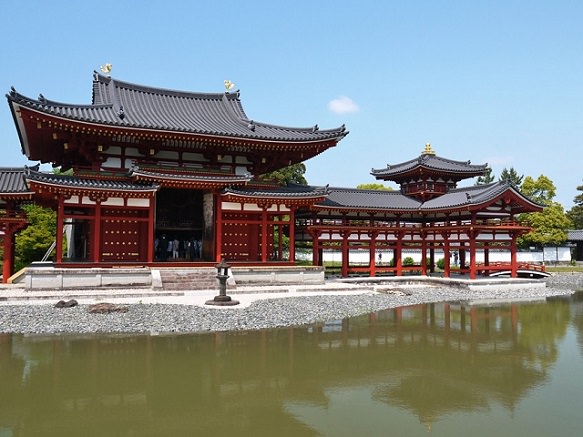 Byodoin Temple was initially created as a retreat villa for Minamoto no Shigenobu in 998, but was converted to a temple in 1052 by Fujiwara no Yorimichi. Today, the temple is the ultimate example of Jodo sect architecture, also referred to as Pure Land Sect. Many later temples followed the architectural designs of Byodoin Temple. The temple houses a statue of the Lotus Buddha and is filled with lovely Japanese wisteria between April to May.

The Phoenix Hall of Byodoin Temple is the pride of the temple. Constructed in 1053 as the Amida Hall, the Phoenix Hall is decorated with phoenix statues on the roof, meant to remind people of heaven. Because there was illness spreading at the time, the symbol of the phoenix was meant to inspire good health and people prayed to avoid illness at the temple. The Phoenix Hall is featured on the back of the 10 Yen coin, and the name itself is said to derive from the building's likeliness to a phoenix's wings. While the hall was recently restored in 2014, the building is notable never having been destroyed through the numerous fires the rest of the temple suffered. Right outside the temple is a brass peace bell weighing three tons.

Interestingly, there's a 1/2 scale replica of Byodoin Temple in the Valley of Temples in the state of Hawaii. Come explore the temple grounds of Byodoin Temple with our pre or post stay in Kyoto during your Japan tour and be sure to pray for good health to the phoenixes! 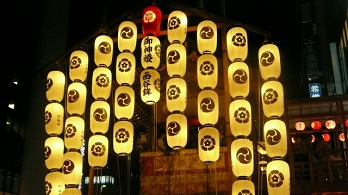 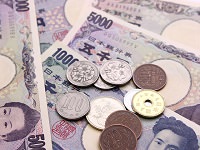 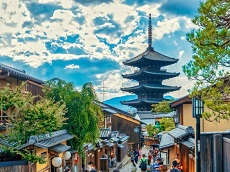 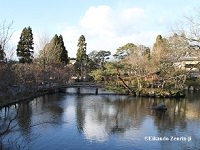 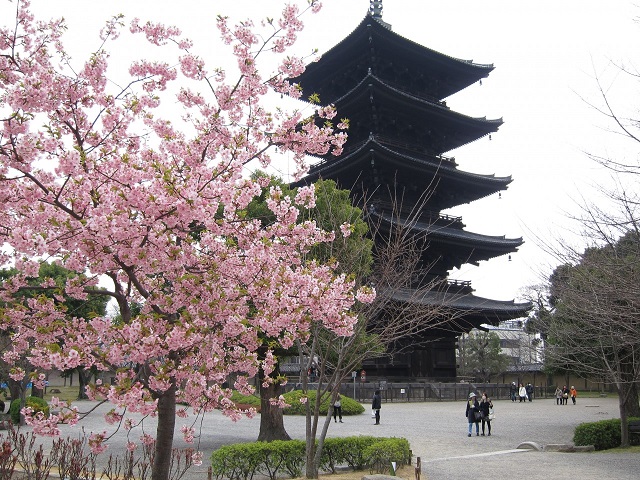