Kyoto is home to many traditional aspects of Japanese culture and way of life. One such example is the jikkokubune, a flatbottomed boat that was used to transport cargo such as rice and sake along the waterways between Kyoto and Osaka. The boats were first used during the Edo period all the way until the late Meiji period. The waterways became an active hub for business and trade and as a result, the sake breweries along the banks were built with beautiful white walls, developing an aesthetically pleasing “Fushimi cityscape” for the crewmen to enjoy. 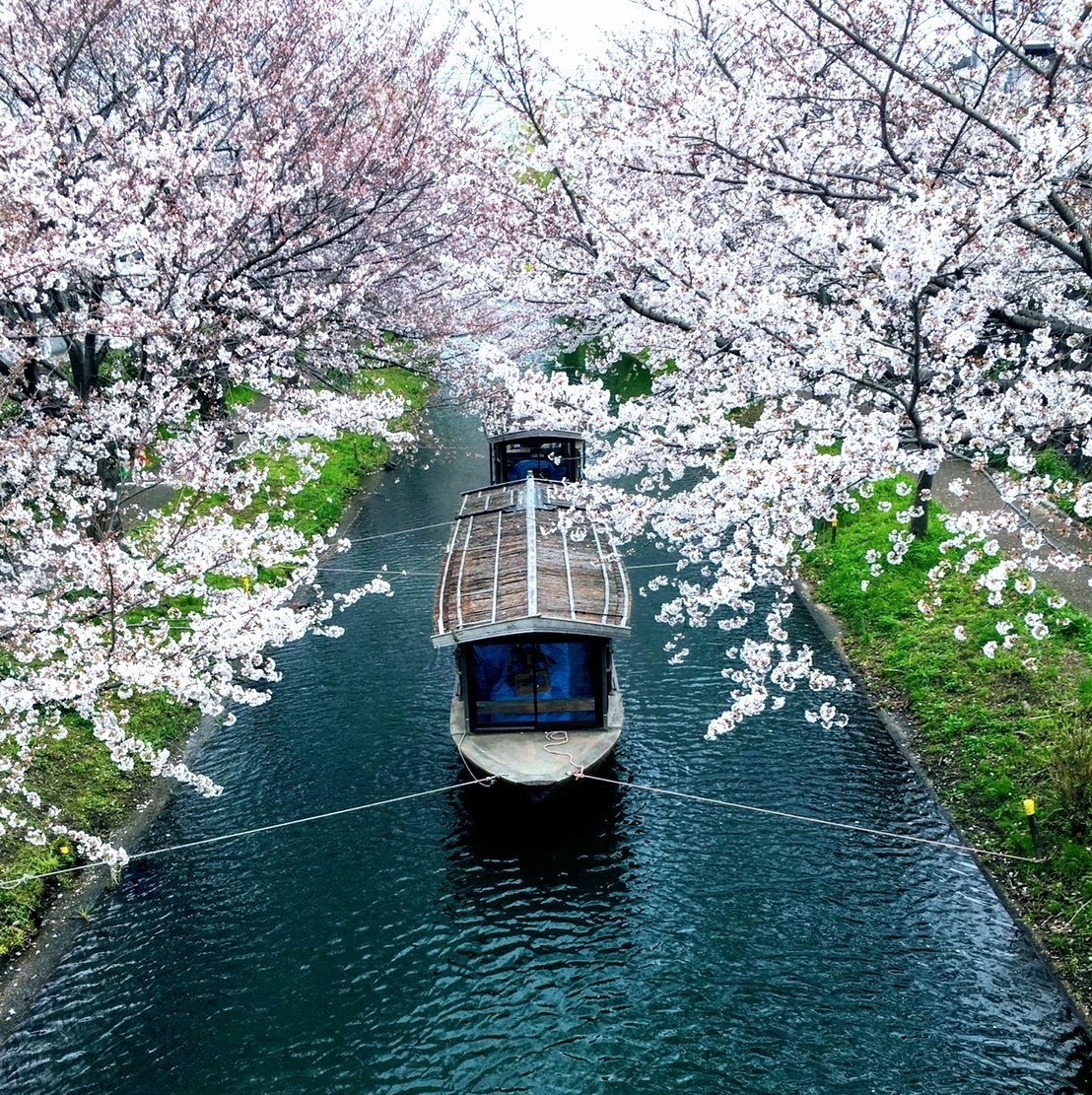 Nowadays, these boats are used as cruises for visitors to enjoy the “Fushimi cityscape” of the sake breweries and changing of the seasons. The main feature of the boat is the flat bottom which was implemented to operate in shallow waters and ease of transport on land when the crew had to drag the boats out. Consequently, the flat bottom also makes the boat unstable meaning it shakes and/or overturns easily. Because of this, the guide will instruct passengers where to sit while maintaining balance of the boat. Passengers are strictly forbidden to stand while the boat is in motion. 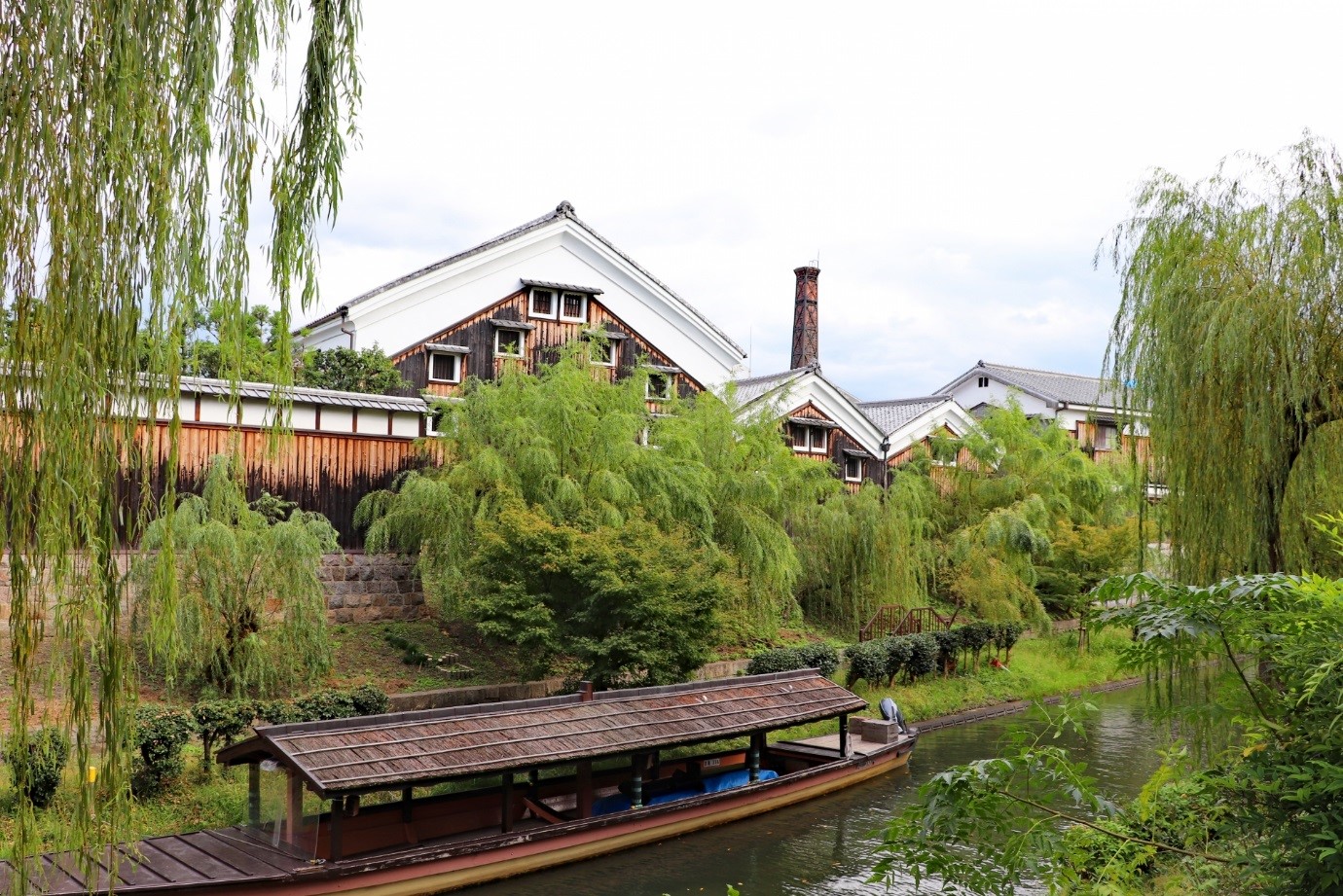 Picturesque Views Throughout the Four Seasons

The boat cruise is run on the Hori River, the outer moat of Fushimi Castle. Various types of trees are lined up all along the moat making for a spectacular view no matter what season it is. During early Spring, the cherry blossoms bloom, creating a tunnel of pink flowers for all visitors to enjoy. The lush willow trees provide beautiful greenery during the Summer and a sense of tranquility as visitors watch the branches sway in the wind. Autumn brings a stunning sea of red as maple leaves change colors making for a picturesque scenery. 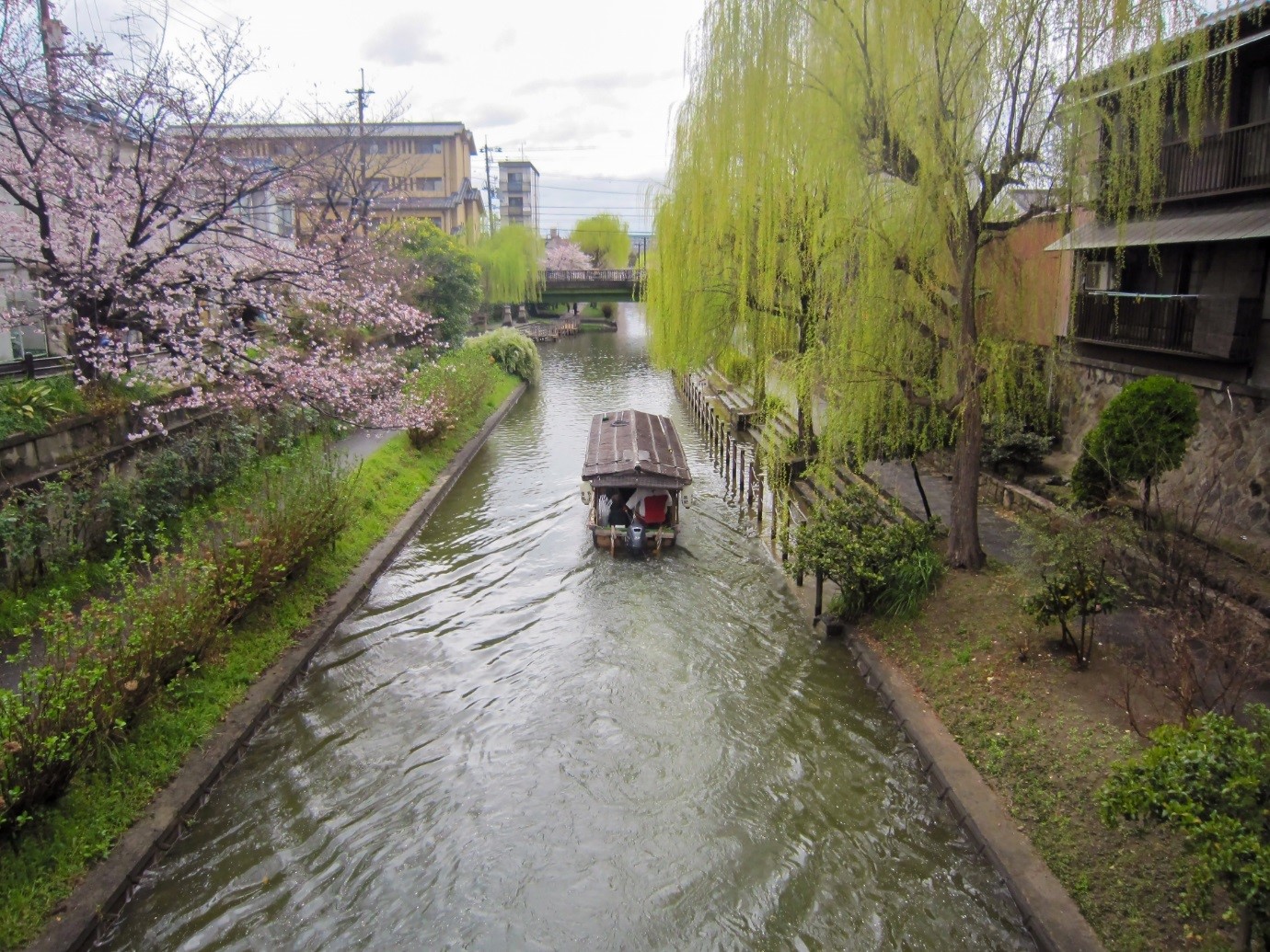