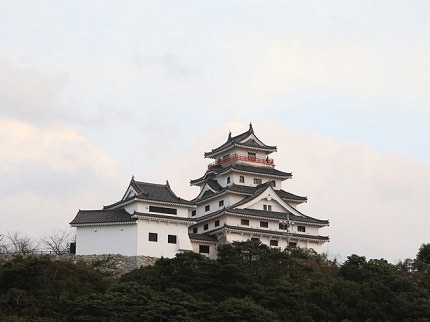 Karatsu Castle was constructed from 1602-1608 under the commands of local lord Terazawa Hirotaka in Saga. The castle was also known as "Maizuru-jo", or Dancing Crane Castle. However Hirotaka lost control of the castle in 1637 when he failed to defeat the Shimabara rebellion. Control of Karatsu Castle was then passed onto the Okubo Clan, and in later years several other clans gained control. Today Karatsu Castle is a product of reconstruction done in 1966. The castle stands five stories high and has a distinctive moat which makes use of the ocean, using the ocean water as a natural moat.