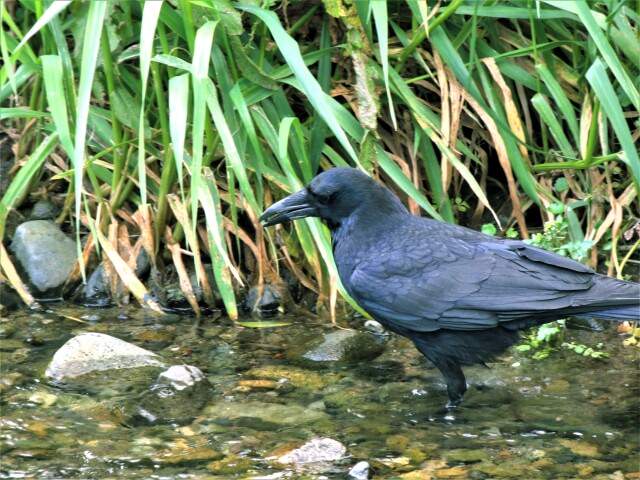 Yatagarasu is a three-legged crow in Japanese mythology. The appearance of the crow signifies divine intervention or the will of the Heavens. While there are three-legged crows in Chinese and Korean mythology as well, the Japanese three-legged crow is not seen as a symbol of the sun or moon. Yatagarasu is mentioned in Shintoism and is seen primarily on the Edo wood-block arts. The crow is similar to the phoenix in European cultures, as Yatagarasu symbolizes rebirth and rejuvenation. This came to be because of the appearance of crows after a battle. The crows would fly and clean away the land, signifying the death, rebirth, and continued cycles of life. Yatagarasu is a god symbol specifically for guidance. The crow is believed to be sent from the heaven as a guide for the Emperor, and continues to be used in Japan today by the Japan Football Association featured on team emblems.