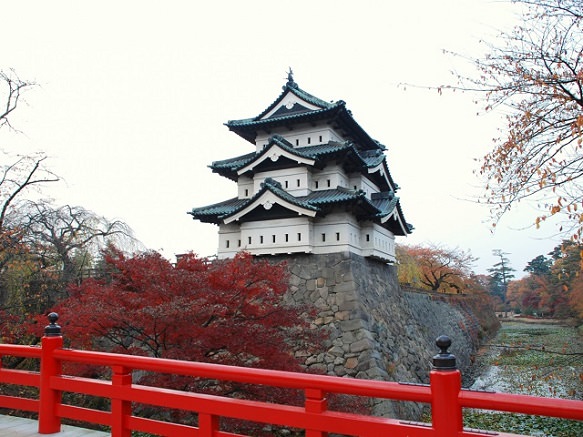 Hirosakijō, or Hirosaki Castle, in Aomori was constructed in 1611 by the Tsugaru Clan. The castle originally had a five-story keep but was burnt down when it was struck by lightening in 1627. Today the castle has a three-story keep that was constructed in 1810, making it among the few castles in Japan that were not reconstructed in modern times. Hirosaki Park which surrounds the castle grounds is one of Japan's most popular cherry blossom viewing spots. The 2,500 cherry blossom trees attracts over one million guests every year. 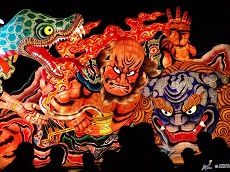