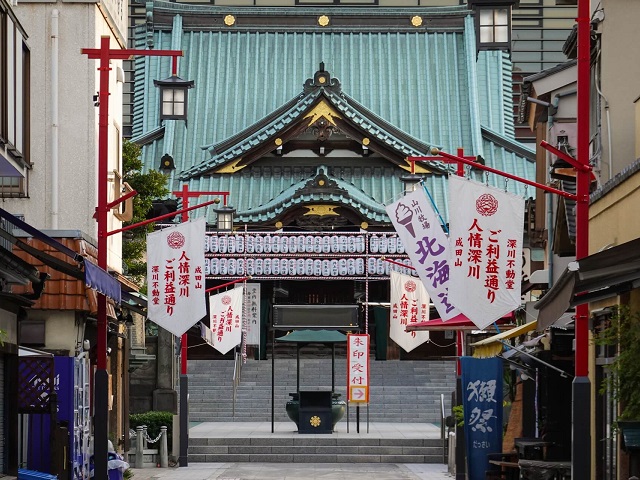 Located in the Koto-ku area of Tokyo, Fukugawa Fudo Temple is a smaller temple in Tokyo well-known for the daily Goma burning (fire rituals) held at the temple's main hall. The temple was built around the 18th century while the city of Edo was growing in prosperity. Although the original main hall was destroyed during the fire bombing of World War 2, Fudo Temple imported a temple hall from Chiba in 1892. This makes the former main hall the oldest wooden building in Tokyo's Koto-ward. The temple grounds are filled with treasures, including the triple dragon head water spout and vast collection of crystal figures of the God Fudōmyō-ō who is worshiped at the temple. The temple is well-regarded as a Buddhist traffic temple by the local Japanese, resulting in a crowded forecourt filled with cars waiting to be blessed. Tourists and travelers can also purchase a good luck charm to bless their cars for safety while driving. 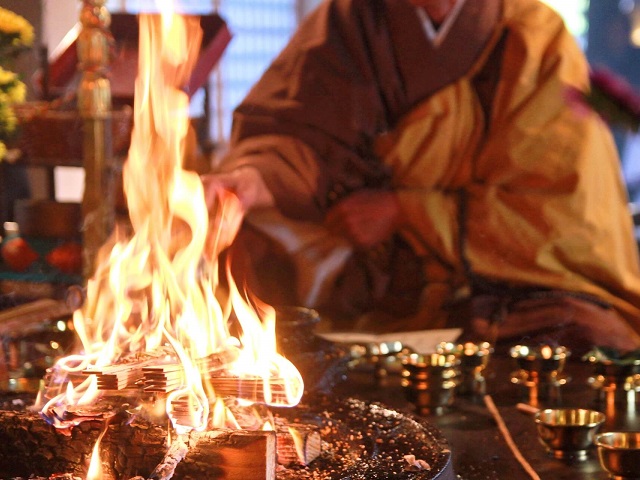 The Fire Ritual is one of Fukagawa Fudo Temple's most prominent attractions. Offering the fire-burning ritual five times a day at 9 a.m., 11 a.m., 1 p.m., 3 p.m. and 5 p.m, the bright LED-sign in front of the temple grounds indicates the next burning session. In addition to the daily rituals, there's an additional ritual held on the temple's festival days (the 1st, 15th, and 28th of the month) at 7 p.m. The Goma purification ritual is meant to purify guests and their belongings through wafting over the fire of the burning cedar sticks. The 30 minute ceremony is accompanied by the sound of powerful drums, trance-inducing chanting, and a profound sense of zen. Held as an offering to the God of Justice Fudōmyō-ō, the fire is meant to nourish the god's strength to fend off evil.

Please note: Participation is open to anyone who pays the admission fee, but photography during the ceremony & of the temple grounds is strictly prohibited. Japan Deluxe Tours request travelers please respect the temple's customs and traditions. 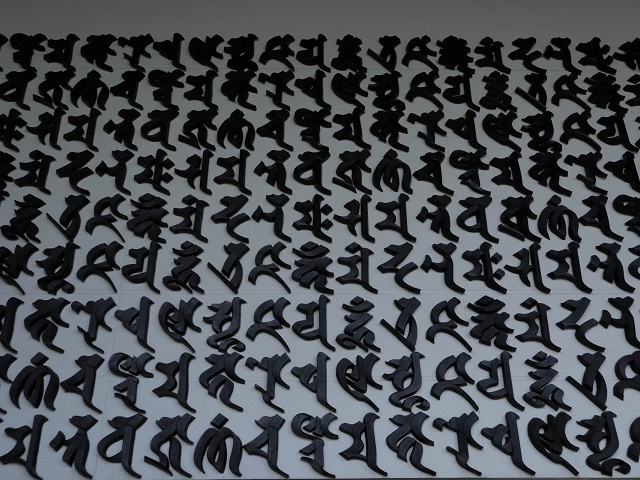 While the old main hall of Fukugawa Fudo Temple may be Koto ward's oldest wooden building, the current main hall built in 2011 now serves as the main attraction. Covered in black and gold Sanskrit letters, the current main hall houses the fire ritual ceremony and the rest of the temple's unique treasure. This multi-floor building is highly recommended for tourists to explore after partaking in the fire burning ritual. The first floor is home to the Fudomyo-o statue, made by the famous sculptor Sawada Seko. There's also the stunning prayer gallery filled with 10,000 small crystal Fudomyo-o figures next to the room of wooden god carvings. The second floor is home to the Shikoku O-Henro, a tribute to the 88 Shikoku Temple Pilgrimage complete with LED lights and effects. It's said praying at this temple is the equivalent of the 1,200 kilometer long pilgrimage to Shikoku's 88 temples. Waiting above on the fourth floor is the incredible ceiling painting of Dainichi Buddha by Nakajima Chinami. Any Tokyo tourist who has time in Fukagawa is recommended to explore the charms of Fukagawa Fudo Temple. Enjoy this wonderful temple and the unique fire ritual during your next vacation with Japan Deluxe Tours on our fully-guided line of Cherry Blossom tours & holiday vacation packages! 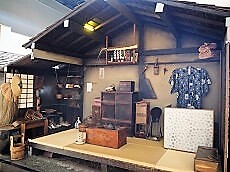 The Fukagawa Edo Museum is a museum that recreates Japan's Edo Period. 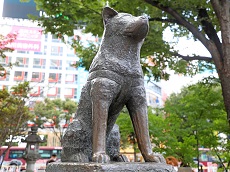 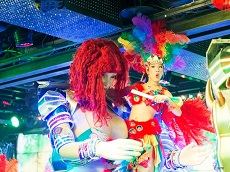