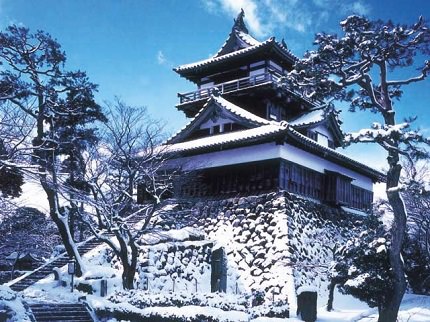 Maruoka Castle was built in 1576 by daimyo Shibata Katsutoyo and is famous for its donjon, a fortified tower, which is the oldest in Japan. The castle was completely destroyed during the great earthquake of 1948 but was reconstructed seven years later. During reconstruction, 80% of the materials used were of the same material the original castle was built in. The castle today has a 3 story keep as the original castle with wood interior and a stone-tile roof. 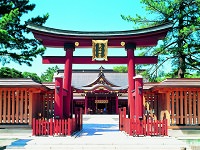