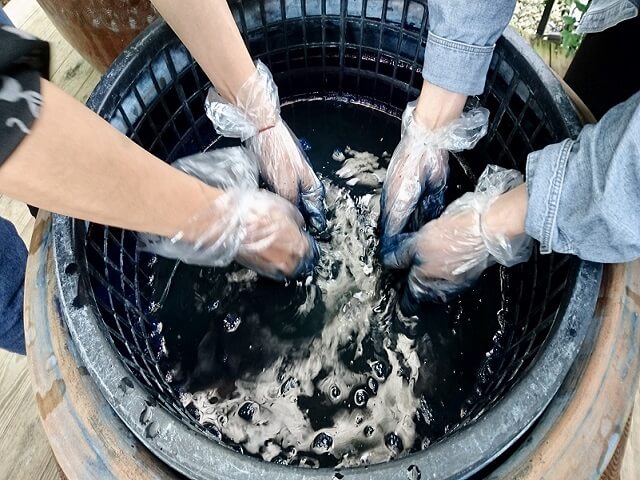 Indigo Dyeing has a long history in Japan as early as the days of the Edo Era. Sometimes referred to as Japan Blue today, indigo dye is one of the most popular colors in Japan and around the world, featured in high-end denim products and traditional Japanese clothes. The majority of Japan's indigo dye is produced on the island of Shikoku in the Tokushima prefecture. The abundance of water and rich soil allowed indigo dye plants to thrive in the southern prefecture. The dried indigo leaves are left to simmer for three to four months before mixed with ashes to create a stunning, rich dye for fabrics. With the majority of indigo coming from Tokushima, much of the prefecture takes pride in their stunning Japanese arts. During Tokushima's Awa Odori Japanese festival, dancers and festival patrons can be seen wearing beautiful colors, often with indigo dyed yukata.

There are many dyeing techniques utilized when practicing indigo dyeing. Some of these styles include: Shibori-zome (style of tie-dyeing by using threads to protect certain areas resulting in decorative patterns), Kata-zome (stencil dyeing), Awa Shoai Shijiraori dyeing of traditional Tokushima summer clothes, and Denim dyeing. Each dyeing technique is used depending on the materials at hand, and the ideal pattern desired. Learn the many ways to use Japan's famous indigo while exploring the can't miss arts & crafts hot-spots of Tokushima with Japan Deluxe Tours during our best-selling line of Quilt Festival Japan Tours or on select Southern Japan vacation packages. 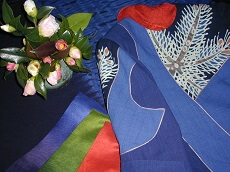 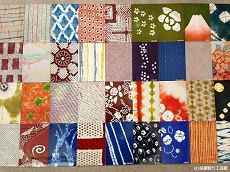 Shibori is the method of dyeing cloths.