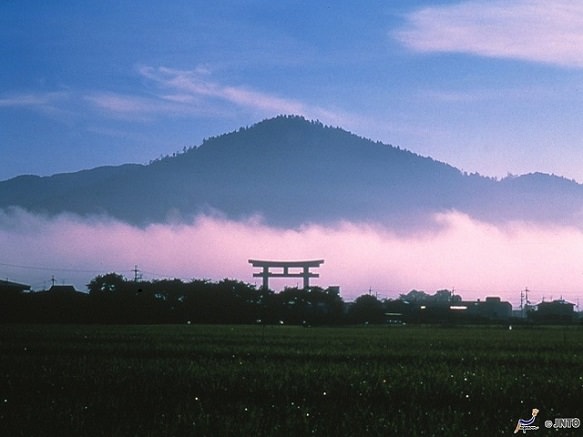 Omiwa Shrine is said to be the oldest shrine in all of Japan. The shrine's date of origin is unclear but there has been evidence that the shrine was already active during the early Kofun Period (250-538). The shrine stands directly across Mt. Miwa, a sacred mountain that Omiwa Shrine serves. Omiwa Shrine is unique in that it does not have sacred images or objects. This is because Mt. Miwa itself is sacred and thus people worship the mountain through the shrine.