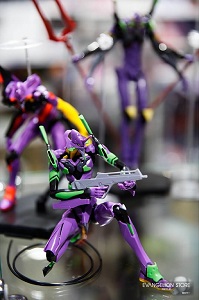 Neon Genesis Evangelion is a Japanese anime about boys and girls who fight against mysterious enemies called Angel, using All-purpose Humanoid Fighting Machine – Evangelion.
Not only did the machines and weapons attract fans from all over the world, but also the unique and mysterious backstories of the characters that brought about their personalities that fans know and love today.
As of 2007, a reboot, Rebuild of Evangelion has started, so fans can expect to look forward to future episodes.

The Set of the Anime

The story is set in Tokyo-3, modeled after Hakone, Kanagawa Pref. In Hakone, there are famous spots such as Lake Ashi, Owakudani, and Sengokubara that can be seen in the anime. There are many stores and attractions of Evangelion such as official stores in Hakone and Ikebukuro (Tokyo), and Evangelion Ride in Kyoto.

As a tribute to the anime, EVA-YA was established in Hakone, inside Hakone-Yumoto Station, and is filled with exclusive Evangelion products you can't find anywhere else.

Perfect Addition to our Anime Tour

If you are a fan of Evangelion, come explore the "Evangelion" before or after any of our “ Cherry Blossom Japan Tours” or “ Anime Tour Packages” with a pre/post stay option. You can also customize your own luxury vacation package with a Private Small Group Tour for you and your group.