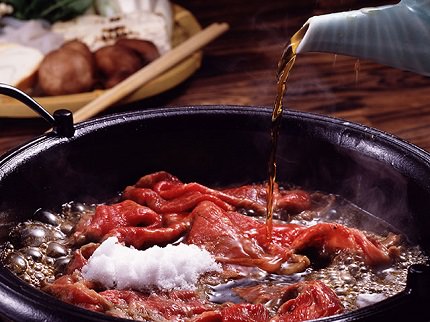 Sukiyaki is a form of Japanese hot pot in a stew like broth, made from soy sauce, sugar, and mirin. Vegetables, tofu, konjac (shirataki) noodles and thinly sliced beef similar to that of shabu shabu are cooked in the pot together. There are different styles of preparing sukiyaki, most famously the Kansai and Kanto-style sukiyaki. The only difference is that the Kanto-style will prepare the broth in the pot first before putting anything in while the Kansai-style will cook the meat first and then add the broth. 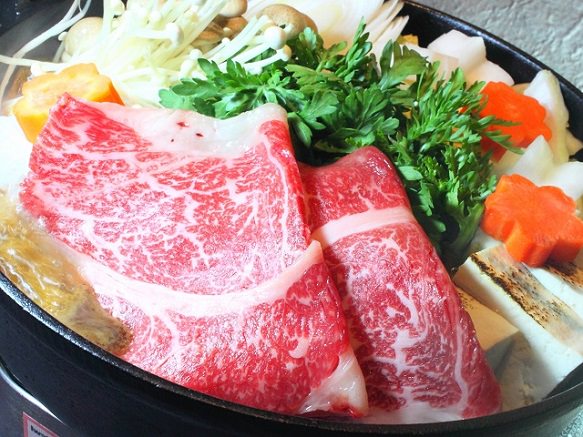 Also unlike shabu shabu in which the cooked food is dipped into ponzu sauce or goma sauce, sukiyaki is enjoyed by dipping the cooked food into a bowl of beaten raw egg. During sukiyaki, it is important to make sure the egg is fresh for you will be consuming the egg uncooked. Sukiyaki is most commonly enjoyed during the wintertime. Fun fact, the popular Japanese song Sukiyaki by Sakamoto Kyu has nothing to do with the hot-pot dish, but instead was a popular Japanese word that was used to identify the song when it gained international popularity in the early 60's.

Interested in authentic Japanese sukiyaki? Japan Deluxe Tour's tour-guides & staff are more than happy to recommend a great sukiyaki restaurant for you during your vacation. We can also customize a foodie tour to include Sukiyaki, Shabu-Shabu, and the rest of Japan's beloved hot-pot dishes! 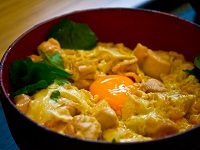 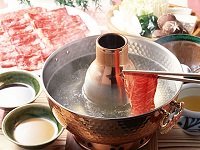 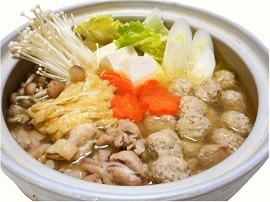