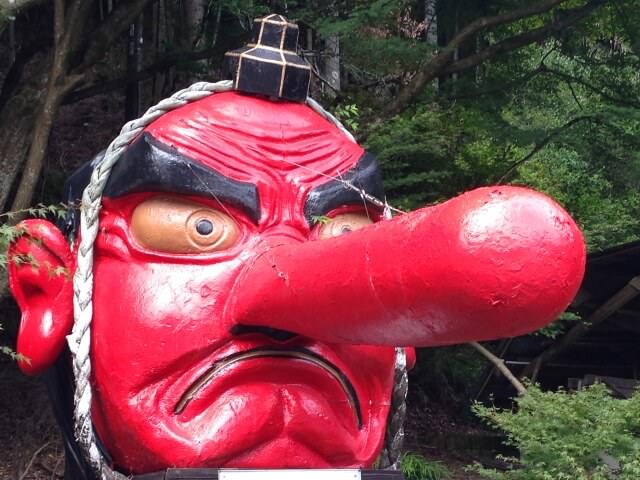 Tengu are legendary creatures found in Japanese folk stories and are considered a type of yokai (supernatural being) or Shinto gods. Tengu are depicted as human with avian characteristics, usually with a very long nose. Buddhists long believed the Tengu were disruptive and dangerous demons, slowly changing the image to protectors of mountains and forests. Tengu are usually shown with a magic ha-uchiwa, a type of Japanese fan made with feathers. In stories, these fans would have magical abilities. Gradually, other strange items became associated with Tengu as well. Tengu are still featured in many anime's and stories about demons, spirits, or other supernatural beings. Shrines of Tengu can be found on various mountains in Japan, where these mountains are believed to be protected by the specific Tengu. There are plenty of folk-stories about the Tengu as well, signifying the deep presence Tengu have in Japan's mythology.