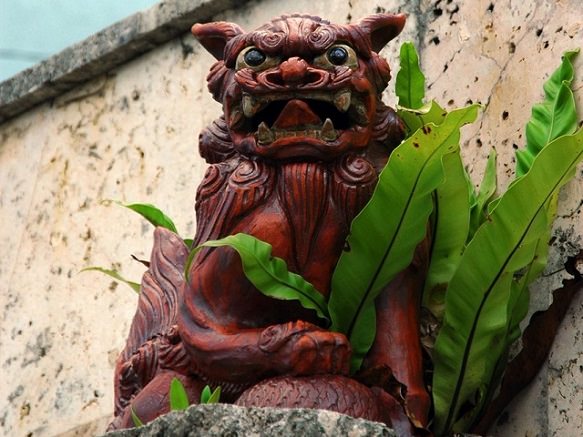 If you've ever been to Okinawa, you have most likely seen statues that look like lion-dogs. These statues found commonly in front of people's homes are called shisa. Shisa originated in an Okinawa mythology and are believed to protect the homes and keep bad luck away. Shisa have become symbols of Okinawa and many souvenirs feature these mythical lion-dogs. Shisa are usually placed and decorated in pairs, one female and one male. There has been some debate on which shisa is which gender. One theory is that the shisa with its mouth closed is the female, who is keeping in the good while the male has his mouth open to scare away the bad. Another theory is that the female shisa has her mouth open to share goodness with others while the male has his mouth closed to keep bad out of the home. Regardless, the pair of shisa act as protectors of the home.