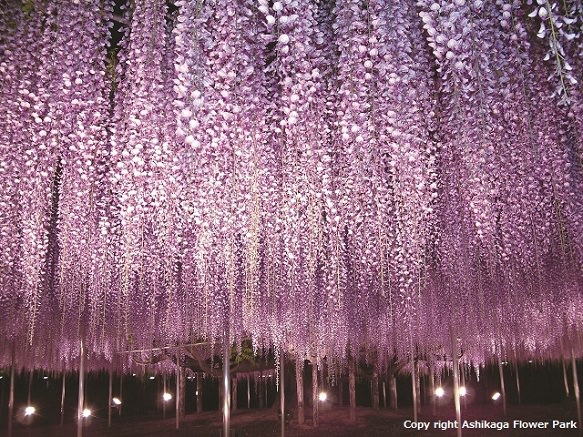 Year Round - Spring and Winter Beauty 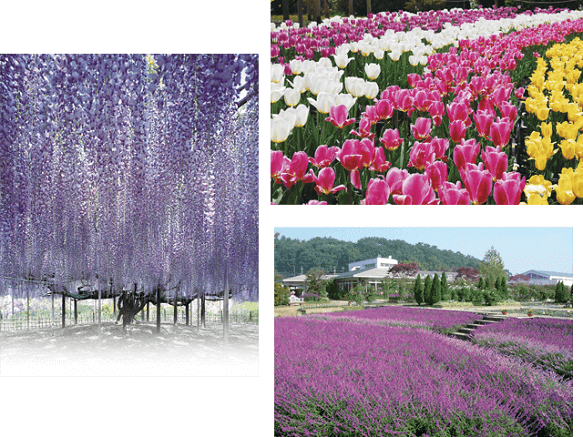 Ashikaga Flower Park has also recently become popular as an illumination destination in the winter time. Thousands of LED lights are hung from the lattices that the fuji flowers are supported on during the spring. The tunnels are also decorated and illuminated with lights transforming the wisteria tunnel to a gorgeously lit light tunnel.