Back to Search Results

The spring festival is associated with Hie Shrine and the autumn with Sakurayama Hachimangu Shrine. Both are much alike and feature a parade of large floats decorated with thick curtains, lacquer ware, and mechanical dolls.
Takayama Festival

Even though Takayama Festival’s origin is unknown, it is said that they were first celebrated between 1586 and 1692 when the Kanamori family governed the Hida Takayama area.
Takayama Festival

Asakusa & Nakamise Shopping Street is a 300 m approach to Sensoji temple, and is one of the oldest shopping streets in Japan. The perfect place during your Japan tour to pick up souvenirs, the arcade dates back to the late 17th century.
Tokyo | Asakusa Sensoji Temple

Matsumoto, situated almost right in the center of Nagano and known as the gate to the Northern Alps' climbing routes, prospered as a castle town at the foot of Matsumoto Castle. The castle's tower, a 5-story, 6-layer tower built in 1594.
Nagano | Matsumoto Castle

The Shirakawa-go region lines the Shogawa River Valley in the remote mountains between Takayama and Kanazawa. Declared a UNESCO world heritage site in 1995, they are best known and famous for their traditional farmhouse.
Gifu | Shirakawago

Kenrokuen Garden is located in the center of Kanazawa city and counted as one of the three most beautiful gardens in Japan. It was originally a private garden of Lord Maeda's mansion next to Kanazawa Castle.
Kenrokuen Garden

Kinkakuji (the Golden Pavilion) is located at the foot of Kinugasa hill. It is the one of the most popular Japan tour sight; it is a famous structure from the Muromachi period. (14-16 Century)
Kyoto | Golden Pavilion

Arashiyama, located in Kyoto, is the town of bamboo groves. Pass through lush green tunnel of towering bamboo plants as you take a ride on a Jinrikisha while enjoying the traditional atmosphere.
Kyoto | Arashiyama

About 1,200 wild deer inhabit in Nara Park. Spend some time with friendly wild deer during your Japan tour while at Nara Park. Deer come close to you. Let's feed or take pictures.
Nara | Deer Park

This is a ceremonial way of preparing and drinking tea. The custom has been strongly influenced by Zen Buddhism. Nowadays, the tea ceremony is a relatively popular hobby. Take part in a tea ceremony (sado) during your Japan tour!
Tea Ceremony

Our tours will provide you with the opportunity to indulge in premium wagyu beef sourced from the restaurant’s own ranch. Elevate your trip through delicious food and impeccable service.
Teppan-yaki Dining

Sushi is known well as one of the Japanese soul foods. Please enjoy fresh seafood at the Tsukiji fish market. Also, the market sells kitchen tools, fresh produce, and features a variety of sushi and other restaurants.
Sushi

Onsen is said that cures disease and promotes health. Japanese people love bathing in onsen. While bathing in an open-air bath called roten-buro you can enjoy the beautiful nature, the seasons and the weather all at the same time.
Hot Spring
Print Itinerary Overview
Print Detailed Itinerary

Boasting huge floats that are paraded all day and night with mechanical puppet shows, brilliant color paper machete, and bright lanterns illuminating the night, join us on our Takayama Festival | Hidden Village Japan Tour for an experience unlike any other. This fully escorted Japan tour takes you to the west side of Japan to see only the best. If you want to be part of the fun, just follow the sound of taiko drums.
▪Important Notice▪
*JDT Recommends Experiences are not included with your tour package.
*Group Tour Participants (Not applicable to Private Tours) - Your group may be joined with other groups during the tour. If so, your tour guide and bus may be changed during your tour.
*Any special request(s) must be submitted when booking your tour (meals, accommodations, etc.). Note: Not all requests can be fulfilled.
*Itinerary, hotels, and meals are subject to change or cancellation without notice. No refund will be owed for any changes or cancellations if the tour still occurs.
*This tour includes 1.5~2 hours of walking on sightseeing days. Tour Participants are expected to be of moderate fitness, keep up with the pace of the group, and can climb stairs with no difficulty.
*B : Breakfast   L : Lunch   D : Dinner

Tour Departure and Prices 1) Price per person.   2) Airfare is not included.

At a Glance
Itinerary PDF 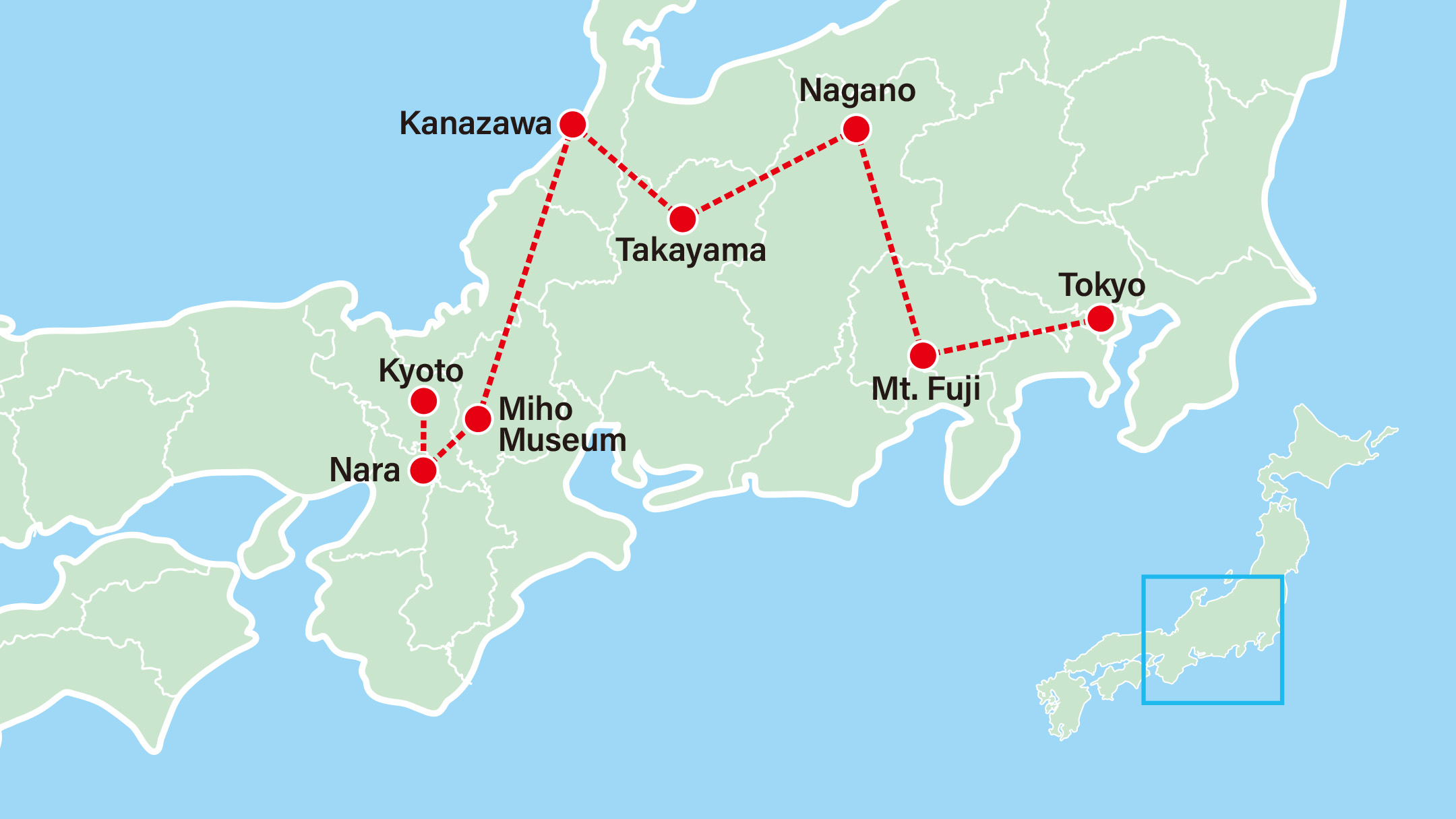 All ground transportation in Japan during the tour

Free Wi-Fi in Bus & Most hotels

Shop for fresh flavors at the Takayama Morning Market

A look into the past at the UNESCO Shirakawago Village

Admission to the Itchiku Kubota Museum for Kimono viewing

A walk along the endless gates of Fushimi Inari Shrine

A ride on the Ropeway of Hakone to see Mt. Fuji

The maximum number of participants will not exceed 26 people during your Japan tour. Your group may be joined with other tour groups during the tour. Please note that your bus and tour guide may be changed if other groups join the tour.

Single travelers are required to pay a single supplement in order to guarantee single room accommodation.

We request one suitcase, one carry-on bag, and an overnight bag per person. The tote bag we provide can be used to hold any small merchandise/souvenirs purchased during your tour. When you check out, bring your luggage to the lobby and the bus driver will assist in loading it onto the bus. When you arrive at the next hotel, the bus driver will unload your luggage for you to bring to your room.

Please note: The maximum weight of a checked in bag is typically 20 Kilograms or 44 Pounds. You will be traveling with your luggage except during the bullet train ride (if applicable).

All hotel rooms come with a full bathroom and room amenities free of charge unless stated otherwise.

We recommend you do not book your flights until the tour status changes from Book Now to Guaranteed Departure. You can also contact us if you would like for Japan Deluxe Tour's to arrange your flights.

Traveling and visiting sights in Japan includes a good amount of walking. To fully enjoy the tour, please be prepared to keep up with the pace of the group, climb stairs with no difficulty, and wear comfortable shoes for all day use.

Guests with tattoos may not be able to use the hot-springs or onsens while in Japan. We apologize if you are unable to enjoy this experience during your stay.

We understand sometimes unanticipated situations may arise before or even during your Japan tour. In order to best assist you when things don't go as planned, Japan Deluxe Tours recommends purchasing travel insurance offered through Travel Guard® Insurance. 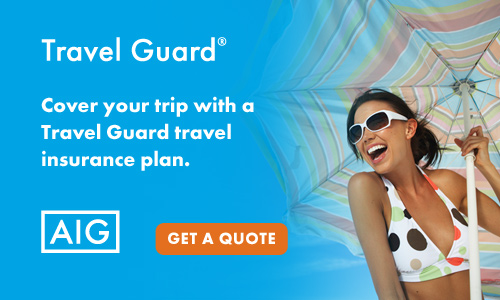 Please notify us before your tour starts if you have any dietary restrictions or requirements we should be aware about. Japan Deluxe Tours can provide Vegetarian meals for guests, and we will do our best to cater to any serious allergies or dietary restrictions. We will not be able to substitute or change meals after your tour begins. 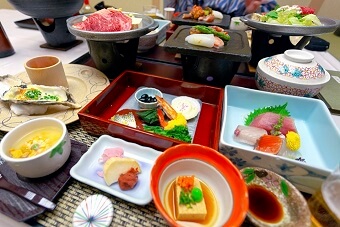 It is a traditional Japanese multi course meal consists of multiple small dishes starting with appetizers and sashimi then leading to the main dishes tempura and grilled fish, rice, pickled vegetables, and miso soup. 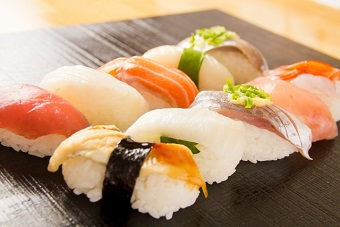 It traditionally consists of seafood placed on top of a small, bite sized portion of vinegared white. The seafood is usually a sliced piece of raw fish; tuna, salmon, yellow tail, or seafood such as shrimp or uni. 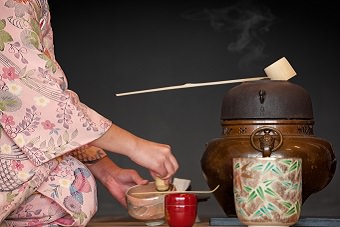 The tea ceremony (sado: "the way of the tea") is a ceremonial way of preparing and drinking tea. The custom has been strongly influenced by Zen Buddhism. 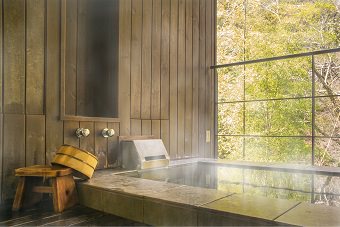 Natural hot springs (onsen) are numerous and highly popular across Japan. There are many types of hot springs, distinguished by the minerals dissolved in the water. 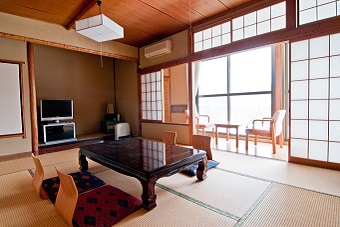 Ryokan is Japanese style hotel which has natural onsen (spa) water that have rejuvenated people for hundreds of years. Moreover, it has tatami floors, futon beds and traditional Japanese cuisine. 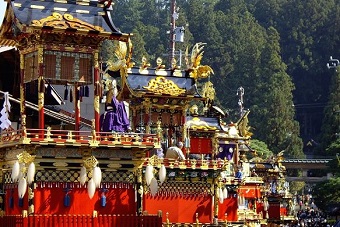 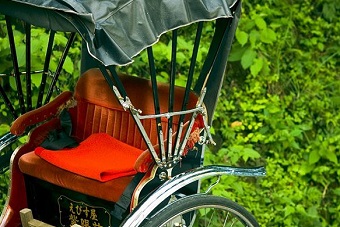 Rickshaw (Jinrikisha) is two-wheeled cart that is pulled by a single person and carries one to two passengers at a time.

All small-group journeys are guaranteed to operate with just 6 guests.

Call for preferred rates through our partner.