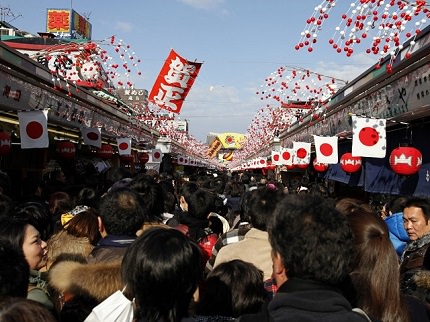 For the Japanese, New Years is the most important holiday and tradition. On January 1st, also known as "Gan-jitsu", the New Year God Toshigami-sama was believed to have visited peoples homes. On this special day, there are many traditions that have been followed for centuries.

On the first few days of the New Year, the Japanese perform what is called "Hatsumode". Hatsumode is the first visit to a shrine or temple of that year. Hundreds of people line up at the main hall for a prayer. Once you reach the front of the line you typically put in some change into the coin box, ring the bell, and pray for a good year. Several shrines and temples attract several millions of people such as Meiji Jinju and Sensoji Temple. 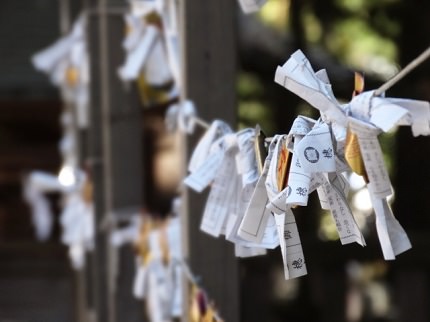 Also during Hatsumode people bring back "omamori" or luck charms they bought the previous year to have them burned and purchase a new omamori for the new year. There are different types of omamori that bring luck to either happiness, health, love, academics, good fortune, safe childbirth, and more.

Another common tradition on Hatsumode is to purchase an "omikuji". Omikuji are fortunes written on paper that are bought at shrines and temples. There are different kinds of lucks from "daikichi" (great blessing), "sho-kichi" (small blessing), "kyo" (curse), "dai-kyo" (great curse), and many more in between. Omikuji are most often bought on an honor system where you put in the charged amount into a box rather than interacting with an attendant. Once you pay, you take a cylindrical container full of wooden sticks with numbers on them and shake the box until a stick falls out. You then go to the shelf with numbered drawers and take out the piece of paper from the drawer with the corresponding number. Your fortune is written on the paper and many omikuji today have an English translation on the back. You keep your paper if you got a good fortune but for those who receive a "kyo" to "dai-kyo", it is customary to fold the paper and tie it onto a nearby pine tree where others have tied their bad fortune to as well. This is believed to keep the bad luck away from you and onto the tree instead. 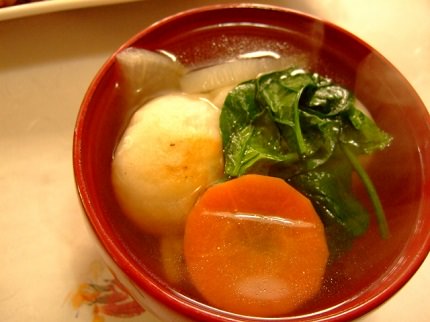 Ozoni is a traditional soup with mochi eaten on New Years. Depending on the region of Japan the soup and ingredients can vary. In some parts of Japan a light soup stock made from "katsuobushi" (bonito flakes) is used and in other areas, white miso is added into the soup. The way the mochi is prepared is also different depending on the region. Some areas like Tokyo grill square mochi before adding it into the soup while other areas add boiled round mochi. The ingredients and vegetables also vary; Kanto uses chicken, carrots, spinach, mitsuba, and other ingredients but Kansai uses satoimo (taro root) which thickens the soup. Although the type of ozoni varies by regions and location, almost all Japanese do eat ozoni on New Years whether it is the Kanto or Kansai version. 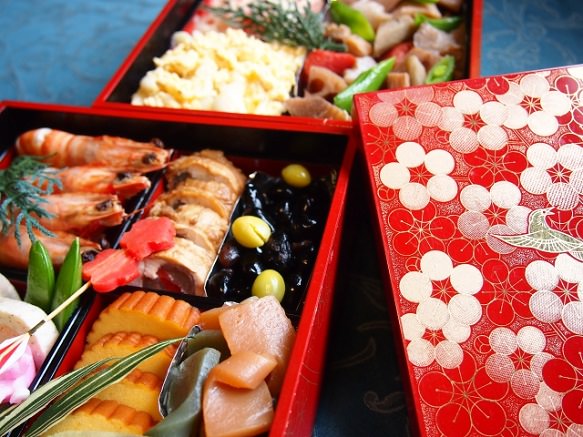 Some of the special meanings are in the color and shape of the food. Sudako and kamaboko have beautiful red and white colors which the Japanese people believe are special. Rolled foods, such as datemaki and kobumaki, have a shape similar to rolled books in the old days, and symbolize the development of culture. 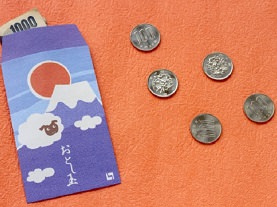 New Years is Japan's most important holiday and Japanese children get especially excited to receive otoshidama. Otoshidama are small envelopes with money given to children on New Years. There is no set amount of money and can range from anywhere between a few hundred yen to 10,000 yen (approximately $100). Otoshidama can be given from parents, grandparents, relatives, family friends, and even more distant people. Children generally receive otoshidama until around the age of high school or when they start working. Once they have their own source of income, it is common for older "children" to give younger children or relatives otoshidama on New Years. 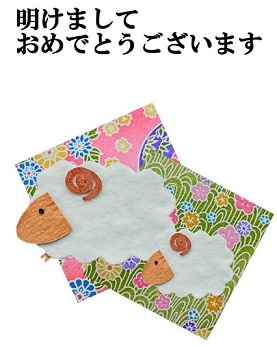 Sending New Year's postcards is a new custom started after the mailing system was created in the Meiji period. This custom has taken root in Japan because it is cheap and easy to exchange New Year's greetings by mail.