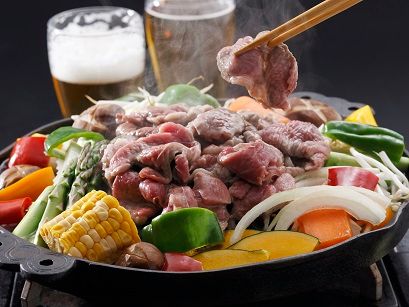 Jingisukan is a Japanese grilled lamb dish cooked on a hot metal skillet or grill, similar to yakiniku. Jingisukan is especially popular in Hokkaido, where two of the original five sheep farms in Japan were established. Takikawa and Tsukisamu are the only sheep farms that still exist after the Japanese government decided to import one million sheep into Japan during 1918. Only the two farms in Hokkaido survived, resulting in the locals cooking up lamb-based dishes in addition to raising the sheep for their fleece. Some say jingisukan originated in Tokyo, while other's maintain Zao Onsen is home to the popular barbecue dish. Regardless of where the dish was first serve, Jingisukan bbq is a a staple in Japanese culture for those in the northern island of Hokkaido. 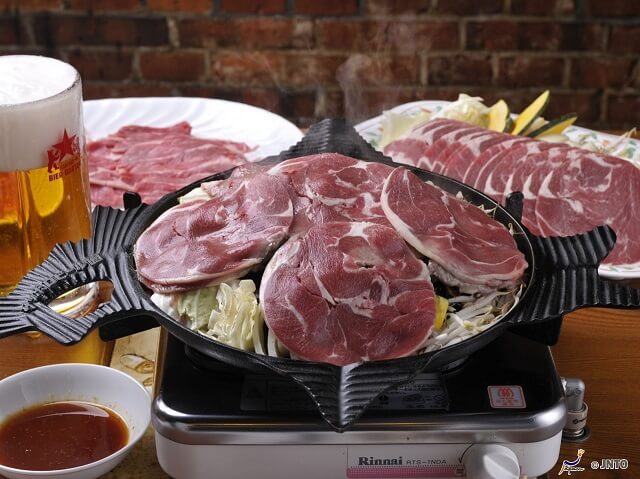 While Jingisukan gets it's name from Ghengis Khan, the founder of the Mongolian Empire had almost nothing to do with creating the meal. The Japanese believed lamb was a popular dish in Mongolia, and the shape of the grill is modeled after the helmets Mongolian soldiers wore into combat. According to folk tales shared in Hokkaido about the Mongolians, it was believed the soldiers would cook their using their helmets as the grills. Honoring Mongolian culture, the Japanese affectionately named the dish Jingisukan instead of calling it yakiniku. While there are some disputes as to where the Japanese cuisine originates from, Hokkaido is the ideal spot for lamb and Jingisukan barbecue when traveling Japan. 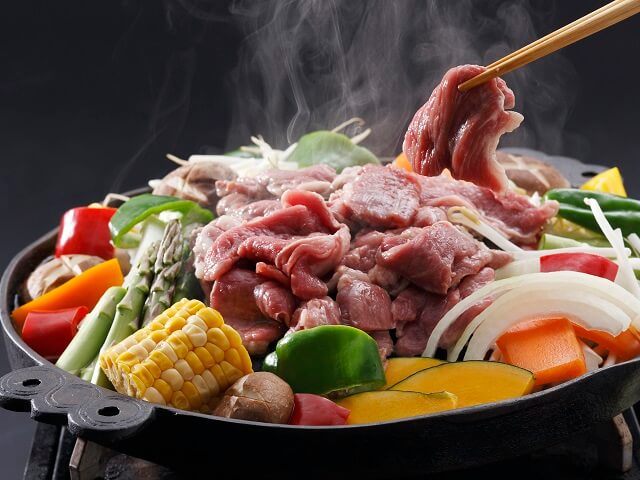 Sample authentic Jingisukan barbecue while traveling through the highlights of Japan's northern island on Japan Deluxe Tour's fully-inclusive Hokkaido Japan Tour packages available Summer & Fall. All of our small group Hokkaido tours include the can't miss sights and quintessential Japanese experiences for a memorable holiday. You can also ask your travel agent about our custom private tours for the ultimate luxury Japan vacation through the charms and hiking trails of Hokkaido! 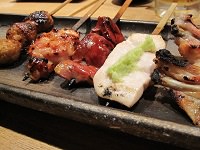