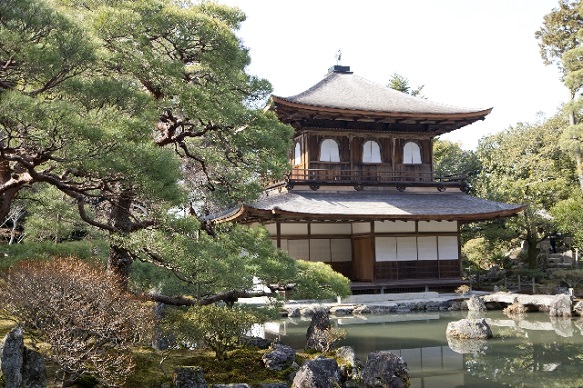 Ginkakuji (Silver Pavilion) in Kyoto was built by shogun Ashikaga Yoshimasa initially as his retirement villa but was converted to a Zen temple after his death. Ashikaga built Ginkakuji with Kinkakuji (Golden Pavilion) in mind, which his grandfather built. He intended to paint the temple in silver like its counterpart but was never able to complete this goal, thus the somewhat misleading name.

The Silver Pavilion has a dark wooden exterior and is two stories. Ginkakuji consists not only of the pavilion, but also the other temples in the vicinity, a moss garden, and a dry sand garden. The temple itself is known for it's golden Kannon statue on the upper floor, in addition to the many other beautiful attractions. When entering the temples from the gate, the sand garden known as the Sea of Silver Sand and the tall cone made of sand called the Moon Viewing Platform can be seen. The sand garden's intricate design is believed to symbolize Mt. Fuji. There is also the moss garden, said to have been designed by the famous landscape artist Soami. In addition to the moss garden, various kinds of cherry blossoms, kaede, and azaleas blooming the garden of Ginkakuji. The temple is often said to shine with nature when the plants are in bloom. There is also the tea well that was used by Ashikaga Yoshimasa for tea ceremonies. The quality of the water is still so high, it is still used for tea ceremonies.

Although Kinkakuji, the Golden Pavilion, is a major tourist site, Ginkakuji is often missed. Explore both temples with our pre or post stay options during a Cherry Blossom Japan Tour or Southern Japan vacation package. You can also customize your vacation to include the Silver Pavilion and the rest of Kyoto's top-rated destinations! 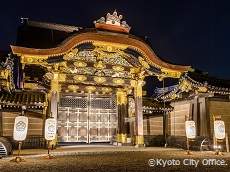 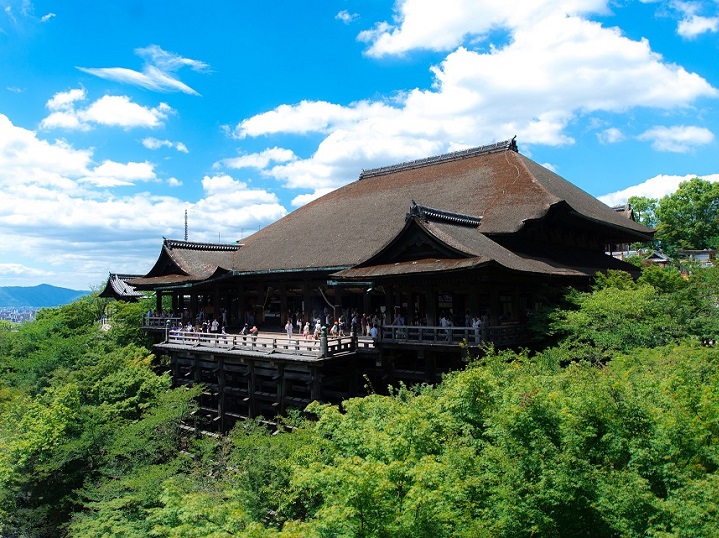 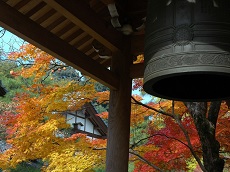