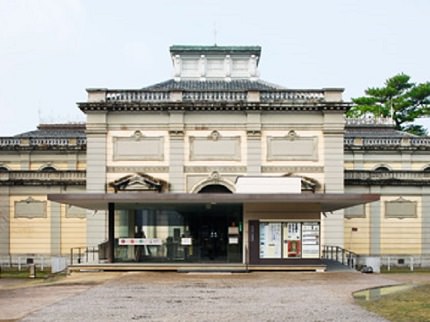 The Nara National Museum is an art museum that prominetnly displays the works of Japanese Buddhist art in Nara Park. Nara was formerly the capital of Japan from 710 to 784 AD before being moved to Kyoto. As a former capital city of Japan, Nara is rich in important history and played role in shaping traditional Japanese culture. The museum was established in 1889 built in the French Renaissance style, and features paintings, scrolls, statues, decorative arts, and other Buddhist artifacts. Many of the Buddhist statues and scrolls date back to the 8th century, during the Nara period.

With Buddhism being the museum's focus, it is not surprising that many of the works reflect the temples and shrines of Nara. The Nara National Museum also holds an annual exhibition featuring artifacts from Todaiji Temple, in addition to other rotating and temporary exhibitions.

Apart from artifacts and artwork, the Nara National Museum has expanded since it's original conception in 1889. The current museum includes the Original Museum Building, the East and West Wings, the Lower Level Passageway, the Buddhist Art Library, and the Hassoan Japanese tea ceremony house. The East and West Wings were added in 1998 and 1972 respectively, and are connected by the Lower Level Passageway. Some permanent and temporary exhibits are hosted in the East and West Wings. The Buddist Art Library is a public library with books, photographs, replicas, and other research materials on Buddhism. The Haosan Japanese tea house is considered one of the Three Great Tea Houses of Nara. Hassoan was originally located at the Kofuku-ji Temple, but was moved to the Nara National Museum after petitions by Nara's residents were done in hopes of preserving the tea house.

Home to more than just friendly deer, explore the treasures of Nara with Japan Deluxe Tours during your next vacation. Add the Nara National Museum to your itinerary with our affordable range of add-on's and day trips for an unforgettable vacation through Japan!