Natsu Matsuris are filled with fun, food, and various games with prizes to enjoy. Japanese matsuri games are similar to carnival games, but are generally considered more fair. Matsuri's tend to have a lot of booths filled with yatais serving food, and games for children to play and win prizes from. The games aren't too difficult, and involve a fair amount of luck and skill. Some children will have competitions among their friends to see who can win the most prizes at each game. 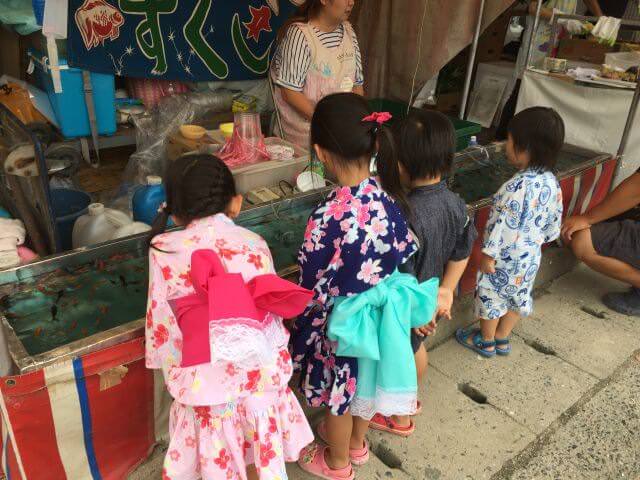 Goldfish catching is a popular game where the objective is for the player to scoop up a goldfish using a net. The net is made with a thin piece of paper, which is designed to be weak enough to break if there is too much force. Players try to catch real or fake goldfish, which they can take home with if they win. Some stalls use fake fish in the catching area and reward the players with live fish when they win. 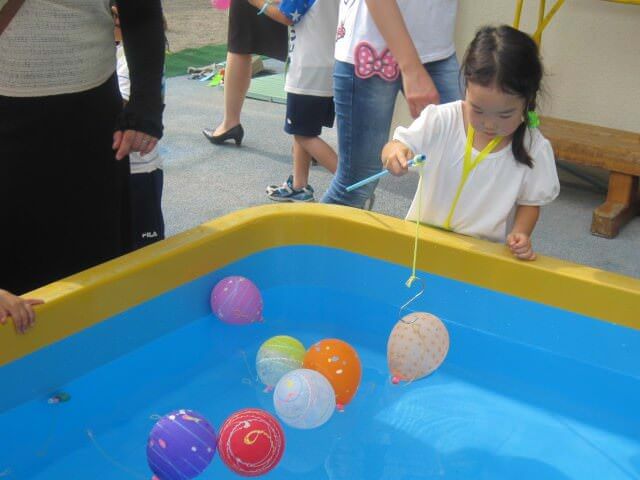 Yo-yo Tsuri, or yo-yo fishing, is a game that has players try to fish out a yo-yo made out of a small water balloon. The balloon is filled with a mix of air and water, and has a rubber string with a long loop attached. The player uses a special fishing pole comprised of a paper string and a metal hook. The player uses the hook to attach the pole to the yo-yo. If the player is successful, they win the yo-yo.

There are other games played at matsuri's, including ring toss, hit-the-target, and senbon biki. Senbon biki is a game of chance where players pull long pieces of strings attached to treats. The player can't see the treats, so it's a random reward when you pull the prize. Of course, sometimes there may not be a prize, but instead a batsu or penalty game.

Want to take a try at some of these games for yourself? Enjoy the fun of a Japanese festival with Japan Deluxe Tours best-selling line of Kyoto Gion Festival Tours available in July! You can also customize your tour to include another Japanese summer festival like Obon or Tanabata to enjoy Japanese culture and matsuri games!