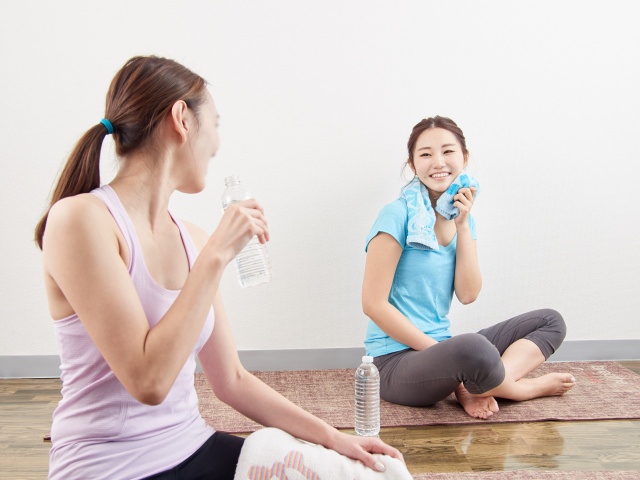 A Tenugui is a thin Japanese hand towel, typically made of cotton. The towel is between 35 X 90 centimeters (13.8 X 35.4 Inches), and usually features a pattern or design on the towel. The towels are very versatile, being used in a variety of activities, from cleaning to sporting events, the towels are a staple in Japan, especially during the Summer season. Tenugui towels are a popular souvenir choice, and are common during the Summer when people are more prone to sweat. The towels are often seen wrapped around water bottles to prevent the condensation of the water bottle to get other things wet. The tenugui is also used in Kendo, as a head covering piece in between the headgear and hear. It isn't uncommon to see many athletes in Japan with a tenugui around their neck to wipe away sweat in between breaks.