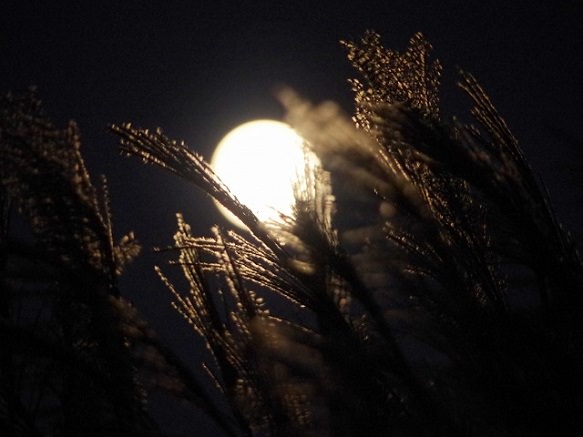 Otsukimi, which literally means moon viewing, is the tradition of friends and families getting together and watching the harvest moon. Similar to hanami in Spring or koyo in autumn, Otsukimi is held in September when the moon is believed to be at it's most beautiful. The holiday is said to date back as far as the Heian Period when aristocrats would gather under the full moon in Autumn to recite poetry and enjoy the moon's beauty.

Much like how Sakura Mochi is enjoyed for hanami, it is customary to eat Tsukimi Dango during Otsukimi. Tsukimi dango is a moon-viewing dumpling, similar to mochi. The dango can be plain or filled and represents the full moon. Chestnuts, taro roots (sato-imo), and other autumn foods are also enjoyed during Otsukimi viewing. These Tsukimi foods are eaten while surrounded by decorations made from susuki, or Japanese pampas grass. In addition to traditional Tsukimi foods, some restaurants create special tsukimi-themed snacks, like fried-egg sandwiches.

Interestingly, many Japanese say they can see a rabbit pounding mochi in the full moon. Can you see it?
Experience Otsukimi first hand with our line of Autumn Japan Tours during the crisp, fall season. You can also customize a tour package with our Private vacation & custom tour options!