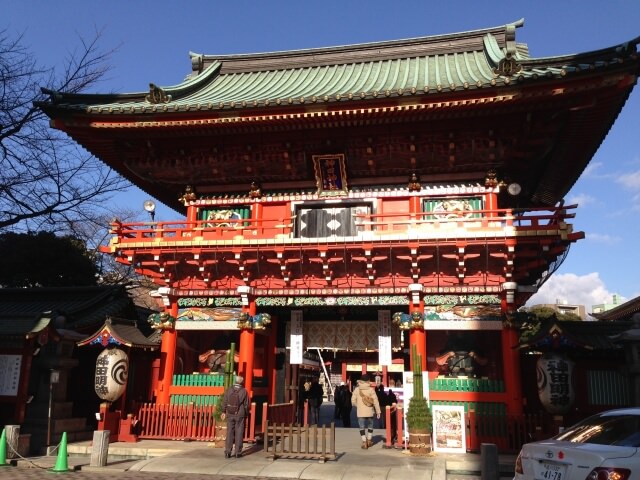 Located close to the anime town of Akihabara, the Kanda Shrine is one of the oldest shrines in Tokyo. First built in Shibasaki, the shrine moved to Kanda, then closer to Akihabara in 1616. Due to the old age, the shrine has been rebuilt and restored many times. Due to the close location of the shrine to Akihabara, it has become a popular destination for the local Japanese people who visit Akihabara. Kanda Myojin Shrine is home to the Kanda Festival, a Shinto celebration in May considered to be one of Tokyo's top three festivals next to the Fukagawa Matsuri and Sannō Matsuri. During the event, the shrine is filled with visitors celebrating Tokugawa Ieyasu's victory at the battle of Sekigahara. 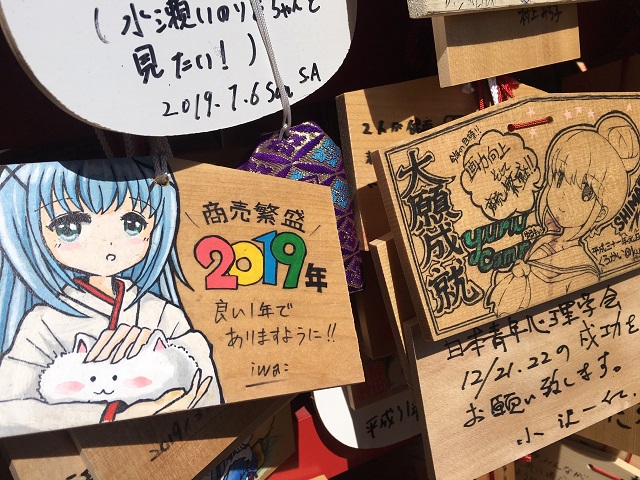 The shrine also incorporates popular fictional characters related to the shrine. This includes Nozomi Tojo from the Love Live! anime series, and the character Zenigata Heiji who would often say Myōjin-shita (beneath the (Kanda) Myojin Shrine). Zenigata Heiji's popularity has lead to multiple monuments made in his honor, while in 2015 Nozomi Tojo was officially recognized as the shrine's mascot. Ema talismans meant for writing a person's wish features Nozomi Tojo's design (as seen on the image to the right) and was popularized through the Love Live!. There are also gachapon machines with Love Live products on the shrine's grounds.

While some real-world locations are used as inspiration for anime and manga, Kanda Myojin Shrine is prominently featured in Love Live!, making it a popular area among anime fans. Thanks to this popularity, the shrine offers special Love Live! products and collaboration events. There are also other anime character featured on the shrine grounds, including the study group from Bokuben, Steins Gate, and even Totoro, Yubaba, and other famous Studio Ghibli characters. You just might find a limited-edition collaboration between your favorite anime & manga characters and the Kanda Shrine. The shrine is also featured on Japan's 88 Anime Pilgrimage Spots, a guide on real-world anime locations & inspirations. 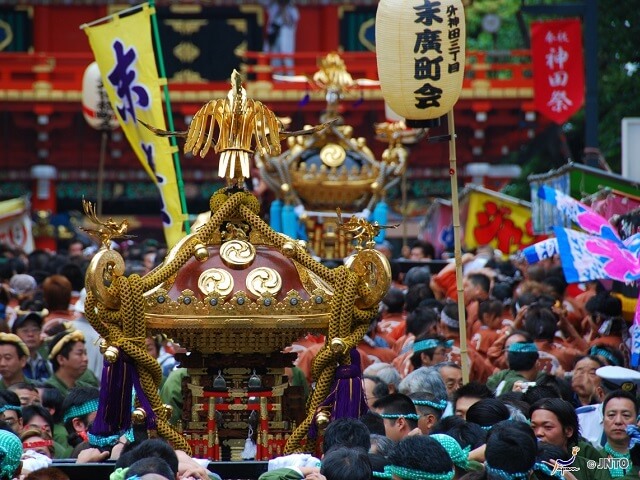 In addition to offering rare anime goods, Kanda Shrine is famous for the yearly Kanda Matsuri. Along with the Fukagawa Matsuri and Sannō Matsuri, the Kanda Matsuri is one of the biggest Shinto celebrations in Tokyo. Dedicated to the God of Good Harvest and Matrimony (Daikokuten), the God of Fishermen and Businessmen (Ebisu), and Taira Masakado, the Feudal Lord who was well-revered by the Japanese people, this event has become a celebration for good fortune and prosperity. The highlight of the event is the day-long procession through Tokyo, in addition to other exciting festival events.

With anime's growing international popularity, other famous franchises also work with the shrine, such as hit anime My Hero Academia during the 2019 Kanda Matsuri. The shrine is just a short walk away from Akihabara, making it a popular destination for businessmen, entrepreneurs, and otaku alike. Come explore the Otaku Shrine with Japan Deluxe Tours during our extensive line of Anime Japan Tours through Akihabara & Tokyo!