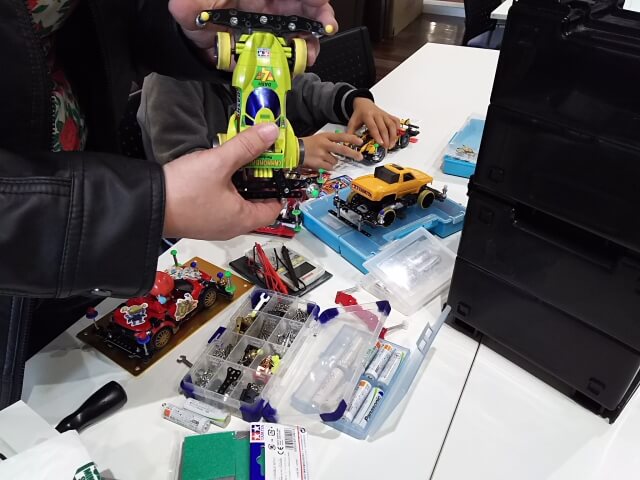 Building model kits is a popular hobby in Japan enjoyed by anime fans and craftsmen alike. Model kits are often based on a wide range of subjects, from anime characters and figurines, to classic cars and airplanes, to Gundam figures and mini race-able 4WD cars. Similar to other model kits, the assembly time and level of detail varies from set to set. Some car building kits can be rather simple while other, more complex Gundam gunpla sets could take hours to weeks to complete. Among the most popular choices in Japan for model kits, Gundam figures and mini 4WD cars top the list.

There are often special stores in Akihabara dedicated to collectors and model kit builders. Everything you need as a beginner can be found at these hobby shops or online, along with forums and shows where people showcase their creations and hard work. With the growing popularity of social media apps and websites, it's easy to connect with other collectors and share the various models fans have assembled over the years. Similar to Instagram models and social media influences, there is a world of model kit builders who draw inspiration from the work they see online. 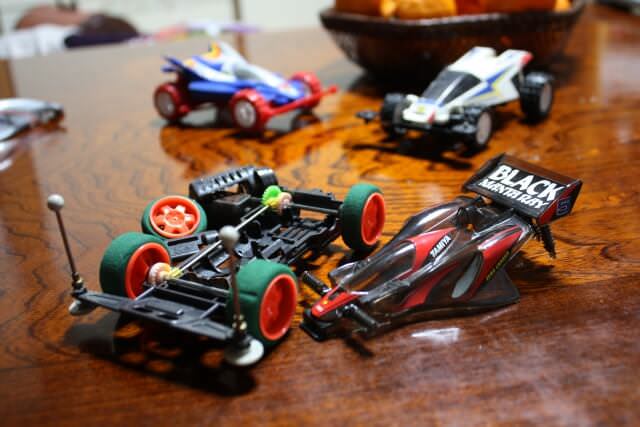 Popular in Asia, racing mini 4WD's made from these model kits has become more and more relevant over the years. Since 2006, Japan has hosted the National Mini 4WD Championships in Spring, Summer, and Autumn each year. While these kits aren't as complicated to make as a Gundam figure, there are plenty of factors to consider when creating the perfect racer, including the weight, motor configuration, chassis type, bumpers used, and so many more factors. Although it may seem excessive, these configurations can make the difference between a racer's victory or defeat.

As of right now, Japan holds the world record for the longest 4WD race track. The record was once taken by Thailand, to which Japan retook the record again. Top racers travel all over Japan to compete and see who built the best combination of speed and power with their kits. 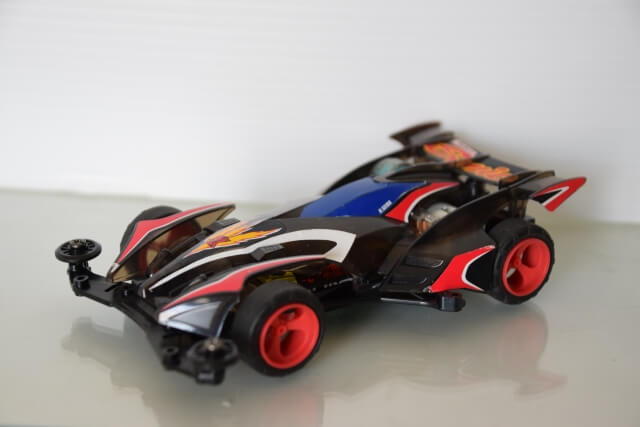 The finished product for a mini 4WD kit. While this product is completed in stock form, there are plenty of upgrades and other parts that can be added on, to improve the looks and functionality of the racer. Whether it's avid collecting or serious racing, building mini 4WD and other model kits are a treasured past time in Japan. 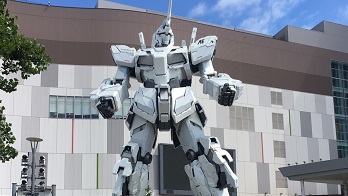